Exporting in the start-up phase: what you need to do to get prepared 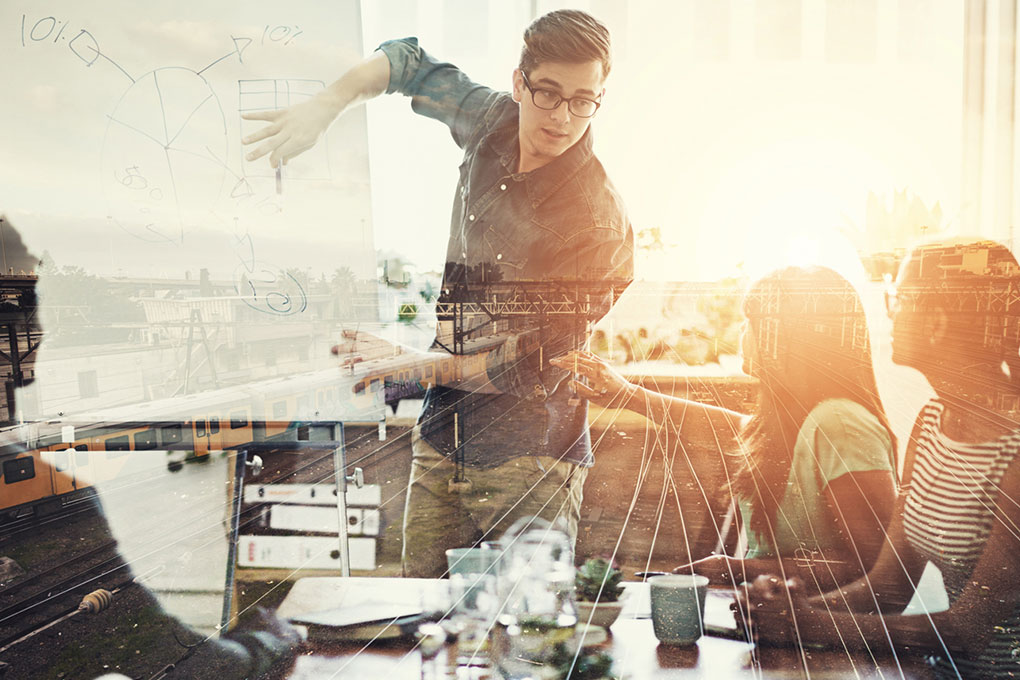 You can sell your products on foreign markets during the start-up phase. But to avoid destabilizing a fragile new business, it's best to be prepared.

Recyc PHP may not have made it past day one. The company lost its sole supplier and only client simultaneously when it was its early stages as a company. It can thank exporting for its survival.

By the time he had received the bad news, founder Daniel Fortin had already found a facility and purchased his equipment. That was in 2005. His plan was to recycle non-compliant waste from adult and baby diapers. First, he wanted to separate the materials and then resell the cellulose fibre. He was sufficiently familiar with the personal care industry thanks to a career as a process engineer.

But his raw material supplier, Kimberly-Clark, closed its Quebec site a few months later. Then the firm that was to buy the cellulose fibre also shut down shortly thereafter due to internal restructuring.

"We had no other clients or suppliers," recalls Fortin, 49. But he was able to bounce back quickly. "The Ontario company I used to buy my machines gave me the contact information of a U.S. company that was interested in buying cellulose fibre," he says. So he reached out. They became his first real client. "I didn't need to think twice, it was a question of survival. We learned about exporting on the go," he continues. He had to quickly read up on U.S. regulations, customs procedures, and exchange rate contracts.

Quick expansion around the world

Fortunately, his new client had importing experience. Fortin says gratefully, "He was patient and took the time to explain a lot of things to us. In the beginning, he took care of the customs paperwork, transportation fees and more." Of course, learning quickly also meant making some mistakes. "Some trucks were stuck at the border because of missing paperwork," he says.

He remembers forging ahead without asking a lot of questions. "We were running on adrenaline. The market was there, we just had to get to it. And we did!" However, it took four years of technical bankruptcy before they were able to turn the corner and eight years before the company could find a sufficient supply of raw materials.

Today, Recyc PHP employs18 people and works with specialized carriers who send the company's products overseas. With its experience in the U.S., it was quickly able to develop its activities on foreign soil. Today, it sells its products around the world in Guatemala, Iran, Pakistan, Brazil, India and Japan but has very few sales in Canada (1%) and Quebec (5%). Over time, Recyc PHP was able to diversity its recycled offering and even create products. For two years now, it has been creating absorbent products for various industries, including the aeronautics field.

Can you export from the start-up stage? "Absolutely," says Manaf Bouchentouf, Executive Director at the National Bank of Canada–HEC Montreal Startup Accelerator. "You don't want to miss out on any opportunities. A company needs to be able to meet the needs of its market, wherever that market may be," he states.

In Quebec, selling on foreign markets is a rite of passage in many cases. "Companies that want to grow must go outside the province," states Bouchentouf. Numerous companies start exporting from the get-go because the local market is either non-existent or extremely limited. Bouchentouf equates Quebec to certain countries such as Israel where "born global" companies that quickly penetrate various international markets tend to thrive.

However, exporting is a complex process which, when coupled with the start-up phase, increases the risk for young companies. Numerous factors need to be considered; the business culture and regulations in the country where the goods will be exported, transportation and customs clearance procedures, how to protect your intellectual property and exchange rates.

Furthermore, getting set up in a foreign market can be costly at a time when new companies are often faced with limited cash flows. "It puts a lot of pressure on a company and increases risks when you choose to export during the start-up phase," concedes Bouchentouf.

There are ways to counter these risks though. First off, it's essential to focus on one market and one region at a time, emphasizes Bouchentouf. Then you need to prepare. This phase needs to be carried out meticulously, especially if you plan on exporting from the start-up phase.

Getting prepared means learning about the market, spending time on site, and partaking in trade missions, trade shows and fairs to develop a high-level understanding of the market in question. Then, you need to develop a well-defined plan. "The export plan is like a business plan but for a company's international activities," states Bouchentouf.

The plan needs to explain what strategies you'll use to enter new markets, assess the required resources (both human and financial), and collect relevant data. It also needs to prove that the product or service is exportable and can be manufactured on a large enough scale. Lastly, it needs to include a risk assessment and risk mitigation strategies. For example, the plan could indicate the instruments offered by financial institutions to protect the company against fluctuating exchange rates. If the report includes that you've already reached an agreement with a bank, that's even better.

To have a strong export plan, "you need to visit the region regularly to confirm information and ensure a greater level of control, "continues Bouchentouf.

Watch out for extra costs

"The expenses related to the preparation and rollout phases need to be assessed at the beginning" states Bouchentouf. Clearly, costs will depend on the business owner's choices. Consultants or other consulting services can be used, but they also come at a cost. And new companies can rarely justify such services.

"You need to weigh costs against opportunities and manage your cash flow," recommends Bouchentouf. It's better to use the various free or low-budget resources that are out there. For example, Quebec's Bureau service can give you information on foreign markets. The network of Canadian accelerators or the trade missions set up by various organizations such as Montreal International or Quebec International can also be useful.

Exporting during the start-up phase can be a wise choice, so long as measures are taken to mitigate risks. "Internationalization is a process that takes place over time and that must be structured and supported locally," concludes Bouchentouf.

Manaf Bouchentouf is the Director of Business Support, HEC Montreal Entrepreneurship, Entrepreneurial Acquisition and Business Families Hub. In this role, he established and now leads the National Bank of Canada–HEC Montreal Startup Accelerator, as well as EntrePrism-HEC Montreal, an innovative incubator that supports entrepreneurs, in particular from cultural communities. He also provides coaching and instruction in project management and value creation, and training on entrepreneurship and innovation, ranging from technology to business model design. Prior to joining HEC Montreal, he held various executive positions in Canada and abroad.