Starfrit: From China to the U.S., with a stop in Quebec 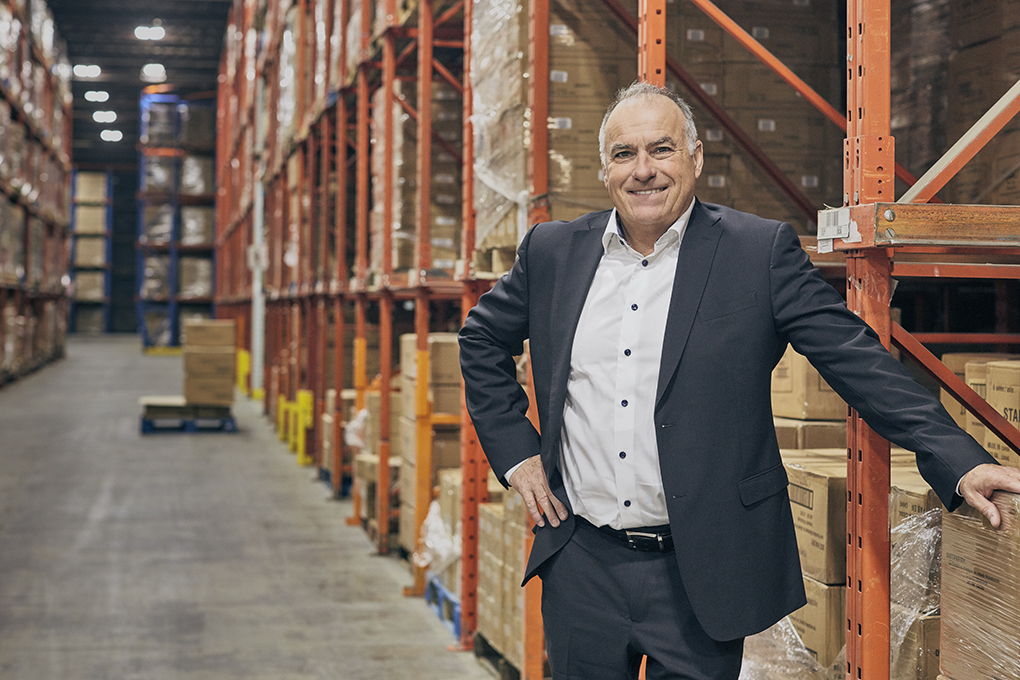 Before making its way to your kitchen, each low-cost Starfrit pan, can opener and knife must compete in the obstacle course that is international trade. Let's look at this company that has mastered the challenges of importing and exporting.

In the mid-1980s, Starfrit became known for its innovative cooking utensils, such as the Rotato potato peeler and the Citrus Express fruit cutter. It sold millions of kitchen items in the U.S. through distributors and TV promoters—but profit margins stayed small. "Volume was significant, but we had a lot of difficulty getting paid," remembers Gilles Gosselin, President of Atlantic Promotions Inc., the parent company of the famous brand.

How to become your own distributor

Starfrit decided to sell directly to consumers using catalogues. The team hired a sales force and rented a warehouse in Chicago, but the fixed costs were soon too high to continue doing business this way.

In the late 2000s, Atlantic Promotions Inc. finally found its winning formula: have sales teams in multiple cities to approach retailers and then ship orders directly from their factories in China.

Starfrit products are developed and designed in Montreal, but entirely produced in Asia so they can be sold at competitive prices. "Even with foreign currency and transport fees, prices remain 25 to 30% lower than if they were manufactured here," explains Mr. Gosselin.

Manufacturing and importing products require a lot of patience and planning: four to six weeks before production starts, two to three weeks in production and one month for transport by ship to Montreal or to the retailer. "When all goes according to plan, the process takes three months," explains the company president.

While Starfrit is the largest kitchen product retailer in Canada, the local market is limited. A large portion of sales for the country is concentrated at four department store chains. If one brand were to run into financial difficulties, it would pose a major risk to the SME.

Exporting is a way to diversify income sources, even in markets where competition is stiff. "Exporting must be viewed as an investment, not an expense," specifies Mr. Gosselin.

A weak Canadian dollar is a boon for exporters. However, an unfavourable exchange rate could significantly reduce profit margins since supplies are bought in U.S. dollars.

To hedge against these fluctuations, the company has set up a risk management policy with National Bank's expert foreign exchange traders. This policy is reviewed and adapted regularly. "We can commit to buying a fixed amount of foreign currency for several months at an exchange rate that is hedged based on our projections," summarizes Mr. Gosselin.

Gaining a foothold in the U.S.

The protectionist approach of the Trump administration presents major challenges for numerous companies, including Atlantic Productions. In addition to the 3 to 11% customs fee, an additional tariff of 10% was added last October to many kitchen accessories imported from China.

"Even before the start of such measures, Americans have always preferred doing business with other Americans. We employed Canadian representatives at first, but we are now more successful with our American sales force," explains Mr. Gosselin.

Despite an 80% recognition rate in Canada, the Starfrit brand remains largely unknown in the U.S. To conquer this market more quickly, for a few years now Atlantic Promotions has been thinking about acquiring an established brand that relies on local manufacturers. "It would allow us to diversify our offer and include environmentally friendly or biodegradable products," asserts the businessman. "With its financial partners in the U.S., National Bank will be an important ally when we're ready to make this acquisition."