La Pépinière: People at the Heart of a Company’s Priorities 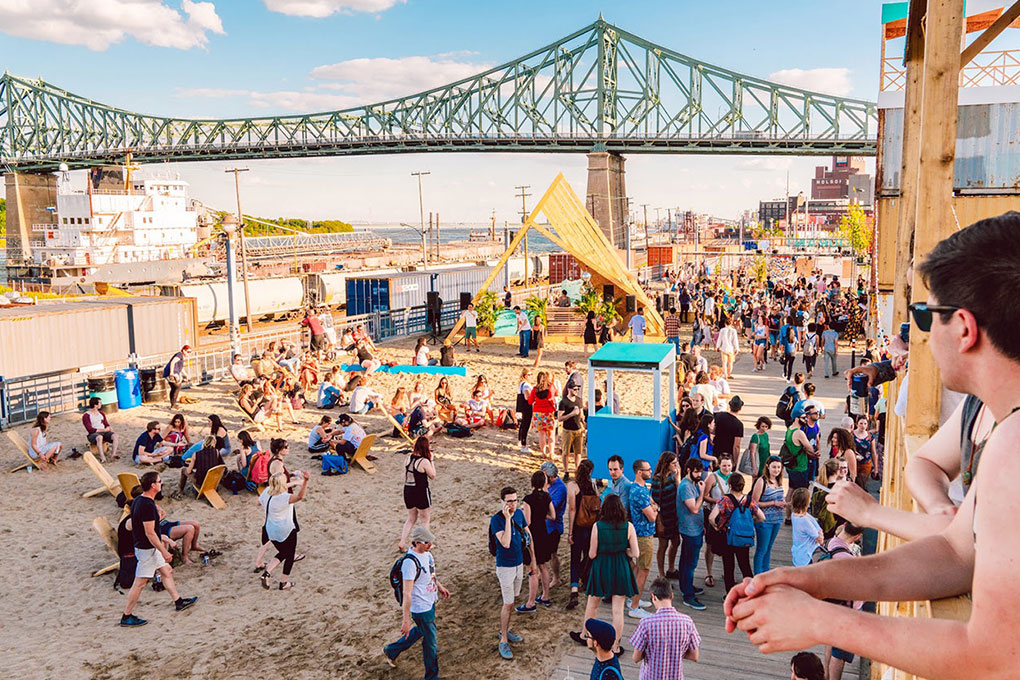 At her arrival at the head of La Pépinière, in December 2015, Raphaëlle Bilodeau started a radical transformation of the organization’s culture.

From simple employees, the team members became full-fledged collaborators. What was the ensuing result? Employee satisfaction and commitment at the work place skyrocketed...

Restore Humans to Their Rightful Place

“When I first arrived at La Pépinière, the company was in full growth. The time had come to better structure Human Resource Management, remembers Bilodeau. Employees worked long hours and endured inequities in terms of salary and responsibilities. Several of them were unhappy and overworked.”

She had no difficulty convincing the founding members, Jérôme Glad and Maxim Bragoli, to prioritize the company’s employees. La Pépinière, a start-up founded in 2013, needed the unconditional support of its team to achieve its mission: create user-friendly spaces in public places to restore their cultural, economic and social purpose.

“In a preceding mandate, I came to understand that it is crucial to prioritize human beings, since they produce the results. This is even more true for a start-up: everyone must push very hard and commit themselves fully to the company’s success. We wanted to give our team the will to support our mission,” says the Company’s Director.

Therefore La Pépinière took concrete measures to promote its employees’ well-being and satisfaction. Bilodeau reduced the work week to a maximum of 40 hours and instated a salary grid.

To reestablish the bond of trust and strengthen the feeling of belonging, she also organized a few day retreat in a cottage. The team was able to regroup, relax, socialize and think about the business’s future. This initiative had an immediate positive impact on the troop’s moral.

Hire for the Long Term

La Pépinière also took measures to keep its employees for the long run, in order to maintain knowledge internally. Bilodeau started by completely remodeling the hiring process. “We started to systematically write out work descriptions for open positions as well as scoring grids according to our priorities. That allowed us to select candidates in line with the company’s needs and to avoid emotional hiring,” explains Bilodeau.

The new Associate Director, Maude Painchaud Major, joined the team in March of 2016. Her arrival was timely: the company grew from 5 employees in March, to 23 in June, to 60 in July! Responsible for a major part of Human Resources, she ensured that each employee felt welcome, integrated with the team, adhered to the company’s mission and realized their full potential within it.

Promote the Sense of Belonging

La Pépinière also sees to it that its collaborators participate in the company’s ideation process. Each year, she meets employees individually to discuss their interests and ambitions. She offers them training sessions and many socialization opportunities: drinks after work, lunch and learn conferences, and pecha-kucha talks, a form of accelerated slide presentations which allows each presenter to describe their latest accomplishment.

La Pépinière was therefore able to create such a united team that it now shares a very tight bond. “I have never seen such a loving team. One of the founders got married last summer at the Jardineries, the site of one of our projects, and the whole team was there. I am extremely proud of them!” says Bilodeau.

La Pépinière rapidly realized the fruits of its efforts: in a year, profits tripled and the start-up growth has been spectacular. “I have launched several businesses in the past, yet I have never witnessed such a rapid growth. Usually, results like these only occur after four years of existence,” marvels Bilodeau.

For the Director, it is proof that humans are the cornerstone of a business. “Today, Human Resources are no longer renewable. Our collaborators want respect, autonomy and the possibility to accomplish themselves and be happy in their work. At La Pépinière, the results are there to prove it,” she concludes.