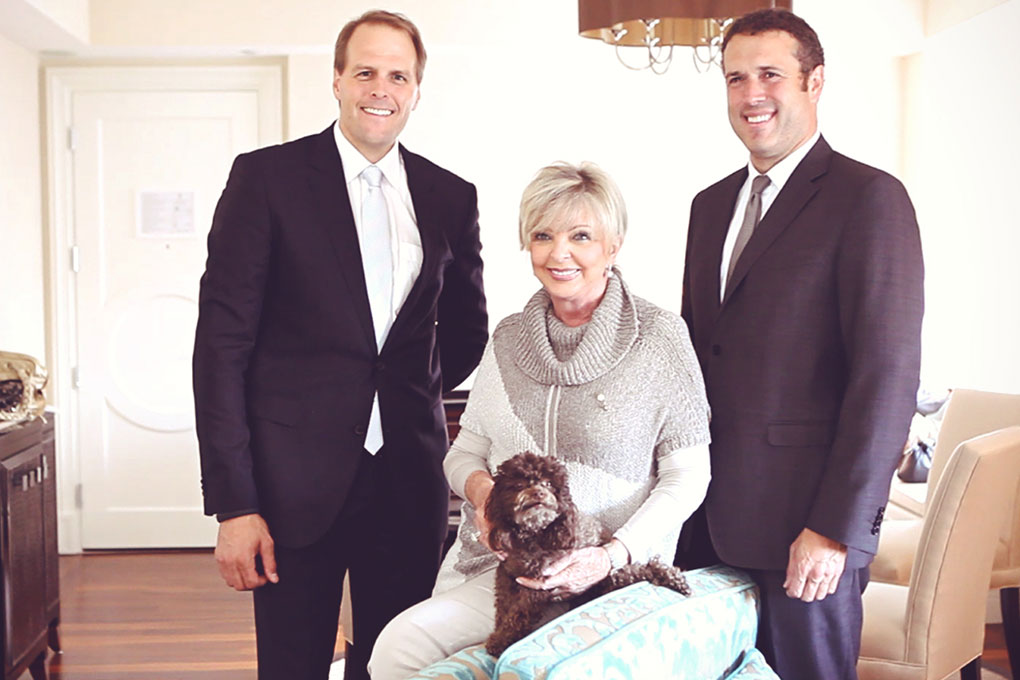 She started out alone and went on to build an empire. Lise Water Cosmetics has been through a lot since it was first created in 1972...

Lise Watier is a good storyteller. We listen happily as she recounts how her brand came to be launched in France a few years ago, to the disdain of some and the enthusiasm of others, including the boss of Sephora. He was completely charmed by the Canadian cosmetics, and by the woman who created them. We understand why — Lise Watier has the power of persuasion. So, along with her tiny dog Folie, we sit back and listen to her speak. And even Folie is well behaved when his mistress is talking...

Lise Water Cosmetics has been through a lot since it was first created in 1972. But Martin Lavigne, President of National Bank Financial, would like to know what Watier’s best business move was. “Launching Neiges, for sure,” she answers. “That was my best move, in 1993. We launched the perfume at the skating rink at 1000 De La Gauchetière in Montreal, and when everybody went outside afterwards, it was snowing . . . It was a beautiful scene, but it was a complicated and difficult time to launch a perfume. There had been a fire and my team was discouraged. But Neiges became the most successful perfume in the country.”

When she founded Lise Watier Cosmetics back in 1972, Lise Watier was 30 years old and had been working for the previous four years with clients at the Institut Charme et Beauté Lise Watier, a school where she gave classes on personal development, grooming, etiquette and applying makeup. She knew all about female beauty— but cosmetology was an entirely different kettle of fish and business models in this field were minimal, if not non-existent. “There was Édith Serei, who had a beauty school, but she imported her makeup products; they were not her own brand. Whereas, I wanted to have my own brand,”says Watier. Éric Bujold, President of National Bank Private Wealth 1859, asks whether anybody believed in her: “I never had a mentor,” she answers, without any hint of bitterness. “I was on my own. No one helped me, I didn’t receive encouragement from anybody, unless you count my parents. It was quite the opposite—people were constantly trying to put as poke in my wheel. Not many people believed in my hopes and dreams.”

It was while reading a biography on Helena Rubinstein—a Jewish woman born in Kraków, Poland in 1870 who created her own line of beauty products in the early 20th century and to whom we owe the idea of “beauty institutes”—that Lise Watier found her inspiration. “I read that she hired chemists to create her products. I decided that that’s where I’d start.” And so, Watier went knocking on scientists’ doors, and was met with refusals, until one of them finally decided to put their faith in her. Forty years later, Lise Watier Cosmetics Inc. has become an empire whose beauty products and fragrances are distributed throughout Canada, the United States and Europe.

On becoming a mentor

Watier, an only child, born in Montreal’s Hochelaga- Maisonneuve borough in 1942 and do ted on by her parents, is now seen as a role model for women entrepreneurs. She’s not only a model of perseverance and self-assuredness, but of goodwill. “From 1968 to 1972, I met thousands of women in my institute,” she recalls. “I came to understand them, to understand their needs ,and deepest aspirations. They taught me that beauty is a feeling. And I know a lot about feelings!” Fully aware that she owes her success to women, Lise Watier decided she wanted to give back to them.

“Women have always been at the root of my work,” says Watier. “I’ve helped them to feel beautiful and comfortable in their skin. And today, I want to help them to get out there and pursue their dreams.”