The heart of an entrepreneur 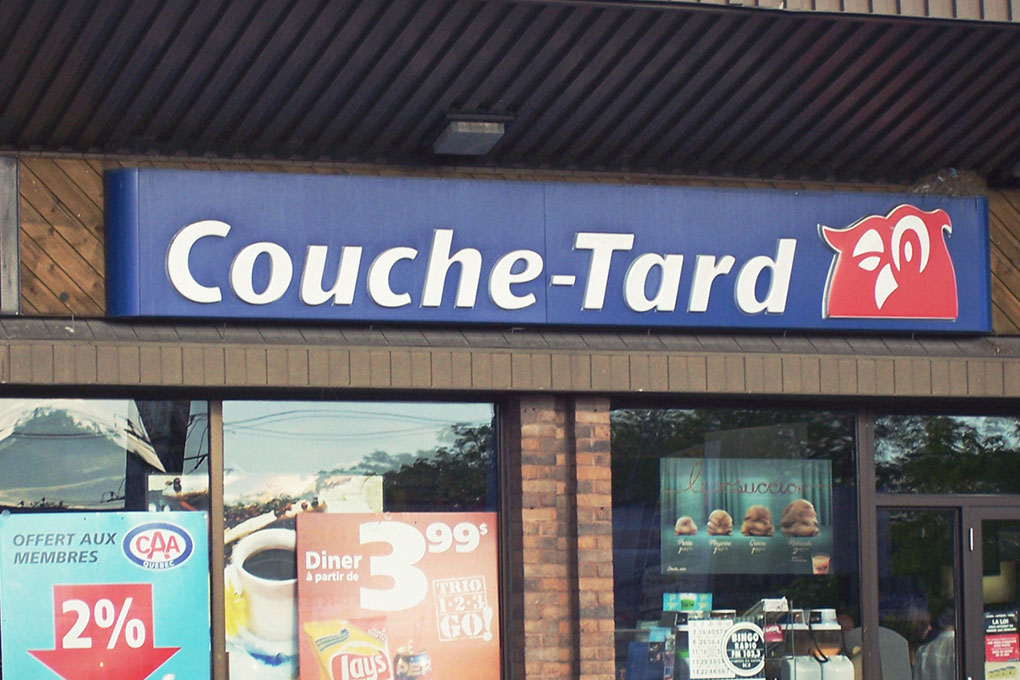 Thirty years ago, when a young Alain Bouchard would meet with seasoned entrepreneurs and tell them he was in the convenience store business, they would immediately avert their eyes and look for someone else to talk to. Apparently corner stores were not the most glamorous sector.

Today, however, Bouchard’s conversations with his peers are a little different: According to the latest statistics from Forbes, the estimated fortune of the Chicoutimi-born businessman is $3.2 billion, making him Canada’s 13th billionaire. Today at the age of 67, he is both a father and grandfather and lives in Montreal. He was the President of Alimentation Couche-Tard Inc. from the time he founded the company in 1980 until 2014, and has since become Chair of the company’s board of directors. With its stock market capitalization at $35 billion, Couche-Tard is an international success, with close to 12,000 stores and service stations around the world.

At first glance, Bouchard would seem fully entitled to want to slow down and stop worrying about the fate of his company, but that would be a grave misunderstanding of both the man and his formidable passion. Here is Eric Bujold and Martin Lavigne’s conversation with the entrepreneur.

EB: They’ve been saying that the retail sector is in trouble for a few years now. What is your magic formula for success in convenience stores?

We succeeded by listening to our customers. Our business is constantly changing. You can’t see it when you go into our stores, but it’s completely different today than it was 30 years ago. Some products that were top sellers back then aren’t so much anymore. For example, 30 years ago, we sold innumerable pallets of bags of charcoal, which customers used for their hibachis. Today, that product has evolved and now we mainly sell gas cylinders. So it’s important to listen to the customer and follow market trends. You have to try to be on the cutting edge, but not too much. If you try to guess what the consumer wants, that could cost you a lot. And to be honest, that has cost me a bundle on several occasions. For instance, about 20 years ago, we thought having a little bakery in our stores was going to be popular. We received ready-to-bake bread, which we baked in our ovens and displayed on our counters—it smelled really good. We were convinced that after work, customers would stop at our stores to pick up some bread. That was the plan, but it didn’t work out. One reason was because supermarkets offered the same service, but another was because the Canadian consumer isn’t like the French consumer, who goes out to buy bread every day.

EB: E-commerce has really shaken up retail business. How has it affected Couche-Tard?

There’s a risk there for us too. And even though the risk isn’t imminent, we cannot afford to neglect it. Obviously, we sell gas. As long as cars need gas, it will be hard to sell it other than through a pump. Also, 70% of what we sell is consumed within five minutes of purchase. People come to us for a bottle of water or a Sloche. That’s our advantage—you can’t have a bottle of water delivered to the office! So e-commerce is still a threat, but it could also be an asset. Since we’re located within communities, we could become points of delivery. If you order an article online and it’s delivered while you aren’t at home, we could be a place for drop-offs.

ML: Let’s talk about expansion. Couche-Tard has made a lot of acquisitions around the world. Many companies try this, but they don’t all have the same success. I’ve heard that Couche-Tard uses a kind of decentralization model in its business. How did you manage to successfully expand to so many other countries?

It was the very localness of our services that pushed us into decentralization a long time ago. We needed to offer the products that local consumers wanted. It’s fairly simple as an idea, but we decided to push it even further by avoiding transferring personnel from the main Quebec City office to the Midwest or Western United States, Scandinavia, or Asia. We relinquished management to people from those localities. There is no interference on our part—we don’t impose ourselves. The speech I gave in front of 600 people the day we announced our acquisition in Oslo was: We aren’t here to tell you what to do—we invested in you because we know you’re good!

ML: Entrepreneurs need to know how to surround themselves with good people. It’s hard to build a reliable team that understands and supports your vision. What is your secret to building a strong team?

There’s one principle that I have always applied: I surround myself with people who are better than me. That’s what you have to do to be successful. Of course, you need to be an expert on a thing or two, but above all you need to surround yourself with people who excel at the things you’re not as good at. In the beginning, my way of convincing people to come on board was simple: I would share ownership in the company. I convinced my three founding partners to be underpaid along with me for quite a long time in exchange for shares in the company.

ML: It’s hard enough to establish your own business culture, never mind establishing them within other cultures. How do you determine the values and culture of your business?

By travelling. When I was CEO I spent 75% to 80% of my time travelling. Our new president and CEO, Brian P. Hannasch, and our senior vice-presidents travel constantly during the spring and fall, in addition to occasional visits throughout the rest of the year. You can’t instill a culture by phone, email, or other digital communication. You have to go to the market. You have to meet with people, see them in person! Your presence is what builds company culture. It’s hard work, but that’s why we have a younger CEO.

ML: You’re an entrepreneur with an incredible business sense. What would be your advice to today’s young entrepreneurs?

First, I would tell them there is no “right” time to start a business. I think the right time is whatever time you set for yourself. So basically when an entrepreneur feels ready, and their plan has been finalized. Secondly, I would say it’s important to get advice—from your accountant, your banker, your lawyer, etc. But be careful! Don’t let the person you’re consulting make all the decisions for you—you’re still the one starting the business. You have to know how to listen while also staying focused on the project at hand. Finally, you have to be inventive. There’s nothing more motivating than being in business! You’re constantly reinventing your life. It’s up to you to make decisions and move ahead. You can make a mistake, but with good judgement and a good business plan, you’ll succeed more often than you’ll fail. That has always been my motto and it’s what I would recommend to people who want to start a business.

EB: Listening to you talk about business and entrepreneurship, your passion for your work is obvious, as if you only started yesterday. Do you still have dreams for Couche-Tard?

I think businesses that come to a standstill are actually in decline. We can’t allow that to happen—we have to keep moving forward. We’re known for our acquisitions and I know there are still a lot more opportunities waiting to be seized. When I see oil companies in Europe that still own their own service station network and who, because of the cost per barrel, are starting to rethink that position, I see that there are still many opportunities in Europe.

EB: So is retirement for Alain Bouchard out of the question?

I don’t know if it’s a good or bad thing, but I don’t see myself stopping completely. I can’t! I changed my role in the company two years ago, but I’m still at the office five days a week, and when someone needs to go visit a network, I hop on a plane and go. I’m still in constant contact with our president, who I get along great with. But I’m not the kind of former president who wants to keep making decisions that really belong to the new guy!

1985
Acquisition of an 11-store Couche-Tard network in Quebec.

1999
Acquisition of Silcorp Limited (980 stores across Ontario and Western Canada, including Mac’s, Mike Mart and Beckers).

2000
Couche-Tard is the leader in convenience stores in Canada and ranks 9th in the industry in North America.

2008
Couche-Tard extends its holdings in several American states and across Canada, particularly with Irving Oil in New England and the Atlantic provinces.

2015
Acquisition of The Pantry Inc., one of the largest independent operators of a convenience store chain in the U.S., and launch of the Circle K brand internationally.