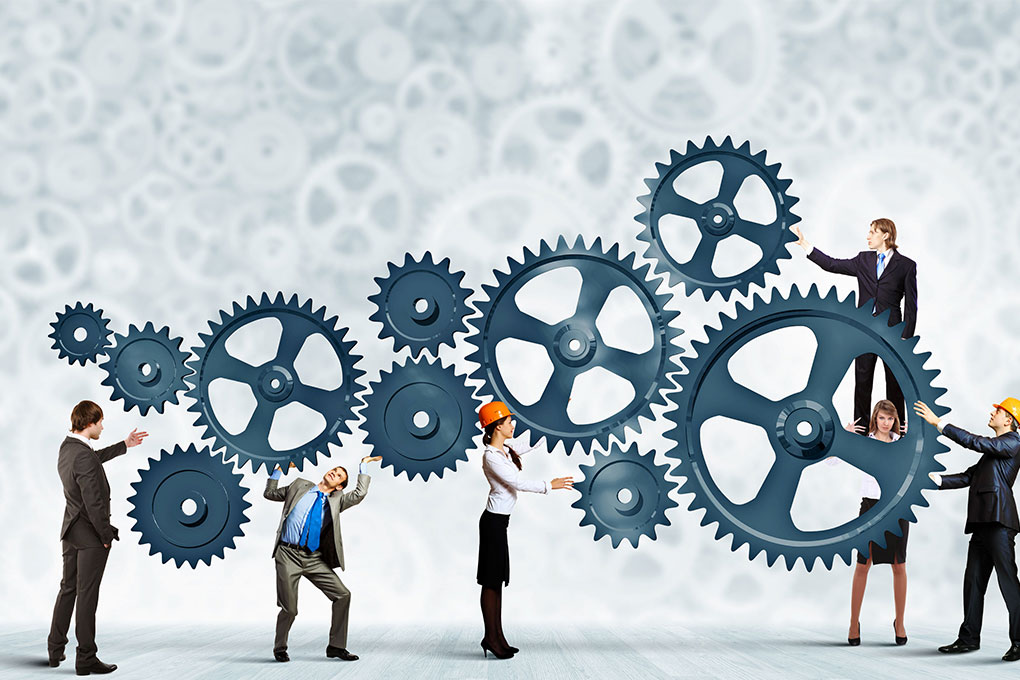 Running a century-old company doesn’t mean you have to hold on to outdated business practices. Waterax, a Montreal-based water-pump manufacturer is proof of this.

Its decision-makers innovated by adopting the Lean method to help the company stand out from the competition.

Back to its roots

When Raffaele Gerbasi, Marcello Iacovalla and Frédéric Lefrançois acquired Waterax in 2010, the company, founded in 1898, had abandoned its original mission and become distributors of an impressive array of firefighting equipment.

“Without a clear goal in mind, we might have lost our way,” says Raffaele Gerbasi, President of Waterax. “Our first task was to re-evaluate the company’s mission. We decided to go back to our roots: manufacturing solid, reliable water pumps to fight forest fires.”

Driven by this mandate, the company’s senior management explored ways to make the company more profitable while continuing to manufacture in Montreal. “In 2014, we experienced a major increase in sales but we were bogged down with inventory management problems and delivery delays. We had to act,” continues the president of the company, which has clients in over forty countries.

In order to distinguish itself from the competition and improve customer satisfaction, Waterax set its sights on reducing inventory levels and improving delivery times.

Last year, while Waterax executives were considering launching a pilot project in one of their business units, Alexandre Boivin, a trainer with Québec Manufacturers and Exporters, suggested they tour the Sigma Point Technologies plant in Cornwall, Ontario.

That visit lit the spark. “Their way of organizing their systems inspired us,” recounts Raffaele Gerbasi. “When we returned, we abandoned the pilot project and decided to adopt their Lean method throughout our plant.”

The Lean technique is designed to improve a company’s performance by eliminating waste and reducing costs, production time and inventory levels.

At Waterax, switching to Lean meant abandoning traditional batch production in favour of production to order. “It’s like Subway sandwiches,” explains Raffaele Gerbasi. “We have all the components in stock and we assemble them when the client places an order.” They achieved impressive results: delivery times, which were 4 to 6 weeks, were reduced to 5 to 10 days. Their inventory is now half what it was in 2010 and production costs have been significantly reduced.

Raffaele Gerbasi reports that these changes were met with little employee pushback. The company’s president believes the culture of mutual respect and communication that senior management introduced in 2010 played a major role in this favourable outcome. “We respect each other here; it’s not an adversarial work environment of management versus employees. Everyone helps develop solutions.”

He used workstation adaptation to illustrate his point: “If the set-up doesn’t suit the employee, we urge him to change it. We try to listen to our employees and give them the freedom they need to innovate.”

Even with the full cooperation of the entire team, a transformation on the scale of the one Raffaele Gerbasi and his team envisioned for their company still presented major challenges. For this pump manufacturer, the main roadblock to reducing delivery times was the suppliers themselves.

“We moved to continuous and flexible manufacturing, but the suppliers of our machine parts are still using batch production. Their delivery schedules run from 12 to 20 weeks. The upshot for Waterax: supply problems that prolong production times. To resolve this problem, the company plans to resume manufacturing some components in its Montreal plant.

Inspired by this positive foray into innovation, Raffaele Gerbasi has some words of advice for other entrepreneurs looking to revamp their processes and improve their company’s performance.

First and foremost, define your mission and allow it to drive all decisions: “You must have the courage to abandon profitable elements if they’re not in line with the company’s core purpose.”

Second, trust your employees and include them in the innovation process: “If the company’s mission is clear and the employees enjoy enough decision-making power and autonomy to be creative, they will find ways to achieve the goal.” Lastly, stay abreast of what other companies are doing. “Talking to Stéphane Dubreuil at Sigma Point saved us years of trial and error,” admits the entrepreneur.

Waterax is committed to ongoing innovation. Raffaele Gerbasi and his associates plan to apply this approach to other areas of the company, including accounting, sales and new product development: “Waterax is embracing a true culture of innovation.”

Tags :
Strategy, In the spotlight