How can you protect your business against cybercrime? 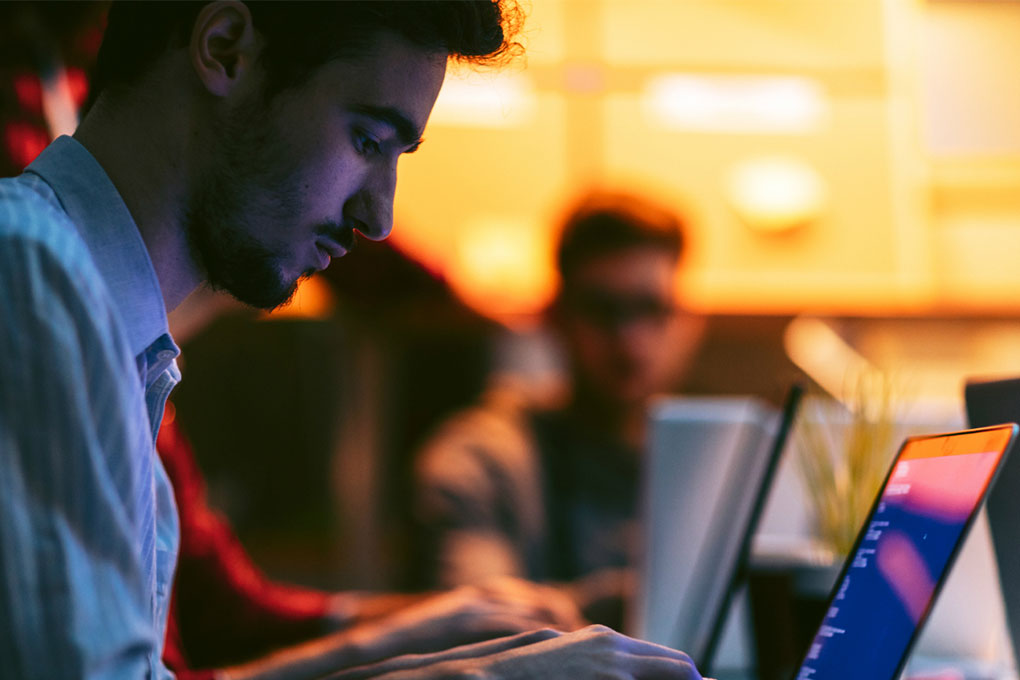 Cybercrime can hit any business. More and more businesses are falling prey to cybercrime and the methods used are constantly evolving. Fortunately, there are many ways you can protect your business.

In 2017, cybercrime accounted for $600 billion in global losses. In Canada alone, nearly half of SMEs are victims of this type of attack. Unfortunately, this trend is on the rise—the cybercrime rate climbed 45% between 2014 and 2016, according to McAfee, an antivirus software company.

The techniques are numerous and rapidly evolving, making them difficult to prevent. Fraudsters “generally target a specific person within the company, like the CFO,” says Cyrille Aubergier, head of security management at SITAONAIR and cybersecurity lecturer at Polytechnique Montréal. Here are some of the most common types of cybercrime:

CEO fraud: Fraudsters collect a lot of information about the targeted company, its processes, reporting levels, the names of those who hold the purse strings, and so forth. Then they send an email to the company’s CFO or accountant, claiming to be the CEO. The message asks that a large sum of money be immediately transferred to a specified account to finalize an acquisition that must remain confidential. “Scammers generally play up the ‘urgency’ of the situation, sending out the message at 5 p.m. on a Friday, when only a few employees are still at the office and it’s harder to verify,” says Cyrille Aubergier. In general, fraudsters strike when the CEO is away, ideally on a business trip abroad.

Ransomware attack: A malicious software that blocks a company’s IT system. To remedy the situation, the fraudsters demand a ransom.

Phishing: Fraudsters trick victims into thinking they are dealing with a trusted institution, such as a bank, to obtain personal information such as their passwords, credit card numbers, etc.

They then attempt to introduce a malicious software program, commonly known as malware, into the employee’s computer through an Internet link or a file in an email. The malware then looks for and collects information (banking details, account numbers, names of financial officials with signatures, etc.) and searches through the browsing history to check in particular whether the victim has used the computer to access their bank accounts. The malware may also install a key logger in keyboards to recover passwords.

Fake email: Fraudsters claim to be one of your suppliers, asking you to switch your payments to a new bank account going forward. The ploy is only discovered when the real supplier complains that they haven’t been paid.

Protection begins with being aware of the risk. Next, establish a prevention plan that covers all areas of the company. “There’s nothing worse than buying an app to protect user access and it’s useless because it’s misconfigured or the alerts aren’t monitored. It creates a false sense of security,” warns the expert.

Natasha Rocheleau, Senior Manager, Commercial Cash Management Solutions at National Bank, stresses how important it is to raise employee awareness of cybercrime and establish good practices internally. “With CEO fraud, there are red flags to watch out for: emergency situations, confidentiality, the fact that the beneficiary is not known to the person making the transaction, etc. Putting in place verification and identification procedures is key to ensuring that the request did indeed come from the top,” she suggests.

“Enhanced security” is an additional security measure that restricts access to websites by linking user codes or user names to specific computers. When a session is opened on an unregistered computer, the system will ask the user to confirm their identity by answering one of the personal questions created in their user profile.

“When it comes to transactions, you can also set monetary limits for each employee or require additional authorizations by another person internally, for instance,” says Rocheleau.

It’s easy to be tricked. Fraudulent emails are now better designed, well translated, and free of spelling mistakes, and the subjects discussed are designed to pique the reader’s curiosity, sympathy or surprise. Be on guard!