7 tips from Rona, Cirque du soleil and Lumenpulse to make your employees your greatest strength 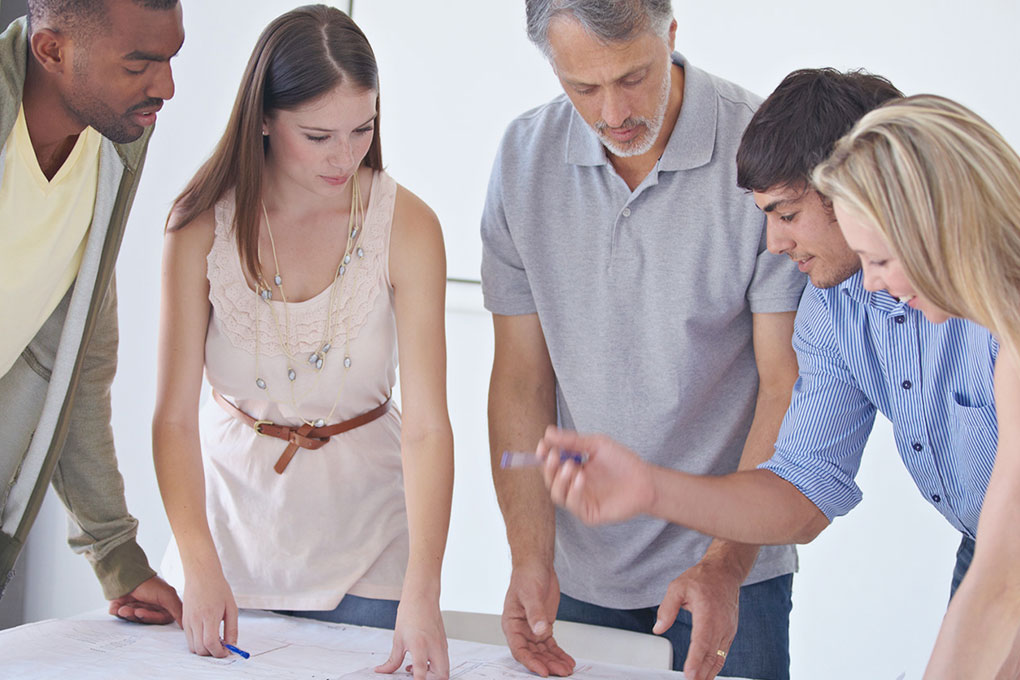 What comes to mind when you think of growing your business? Innovation, exporting, increasing your production capacity? These are all good answers, but when it comes to creating value, people come first. Three executives from successful Quebec businesses reveal their best advice for getting the most out of the people around you. Food for thought.

Growing businesses need to stay agile, and to do that, you need to give employees room to manoeuvre, according to François-Xavier Souvay, founder and president of Lumenpulse, company that makes high performance architectural lighting systems. “Yes, you need to have a vision and give direction to the business, but you also need to give some control to the people who work for you. It’s the execution of the plan that creates value. Money comes as a result of doing things well.”

2- A little crazy can lead to innovation

How can you encourage the creative process? Daniel Lamarre, President and CEO of Cirque du Soleil says you need to be open to a little controlled chaos. “Define the boundaries of your sandbox by communicating your goals, budget and expectations. The mandate needs to be very clear. But within the sandbox, let people do what they want.” This way of operating allows you to keep control of the mandate, while giving employees freedom, he says.

Daniel Lamarre also advocates for diversity within work teams. “If everyone thinks the same way, your projects will be bland. To bring colour to your projects, you need different people.” Diversity in age, sex and race not only gives you a creative advantage, but a financial one too. Companies with a good balance of men and women on their management team are 15% more likely to report financial performance that’s higher than the industry average, according to a study from McKinsey Company. And if you have significant cultural diversity as well, that number goes up to 30%. In its report The Diversity Dividend, the Pierre Elliott Trudeau Foundation notes that a 1% increase in ethnocultural diversity in a company can increase revenue by 2.4% and productivity by 0.5%.

4 – Not without my advisory committee

Few companies have an advisory committee. It is, however, a proven way to encourage growth. Unlike a Board of Directors, an advisory committee has no legal liability related to governance. It’s role is informal and consists of advising management, helping them see things more clearly. “At Cirque du Soleil, we nicknamed the members of our advisory committee the council of the wise,” says Daniel Lamarre. “When we met with them, we laid all our problems on the table. If Guy Laliberté and I disagreed about something, we presented both points of view and asked their opinions. We were spoiled, because our committee was made up of high-level business people. It was extremely useful.”

In a situation of heavy growth or to take the business to the next level, it’s sometimes necessary to make changes to the management team. As the company’s requirements grow, you’ll need to recruit people with more experience, or a different road map. That’s what happened at Cirque du Soleil after it was acquired by the American investment firm TPG Capital in 2015. “The directors at TPG told me that they liked our strategic plan, but that we were never going to get there,” says Daniel Lamarre, who has run the Cirque since 2001. “I was shocked. They explained that I didn’t have the right team to take the company where I wanted to lead it, and gave me a bigger budget to bring in stronger people.” Today, Daniel Lamarre believes that the optimization of his management team was beneficial. “I recruited some exceptional people and the team is much stronger on the business front.”

6 – The value of company values

More and more consumers are choosing to buy from businesses that share their values and are socially responsible, according to Robert Dutton, former president of Rona and currently an adjunct professor at HEC Montréal. Employees, in particular those of the younger generation, are also increasingly concerned about the societal dimension of their employer. “It’s part of what they want and expect,” he says, referring to their roles as citizens, as consumers, as employees and as entrepreneurs. “When I was at Rona, social responsibility programs were the number one motivators for employees. It had a positive impact on employee and client retention. And that pays off.”

Values, however, shouldn’t be limited to flowery words on your website. They need to be embodied by actions. “Actions speak louder than words,” insists Robert Dutton. “There needs to be consistency between what you say and what you do, and making sure that happens is the responsibility of the CEO, who is the guardian of the organization’s values. It’s also their responsibility to ensure that the people the company hires, particularly those that support the CEO, will respect the company’s values.” And in fact, the former executive likes to use the term “non-negotiable” because it eliminates the idea of values being elastic, something we see too often. “A value is something non-negotiable that’s integrated into the culture of the organization and that the company’s leaders are primarily responsible for upholding,” he says.