New mortgage rules: What to expect 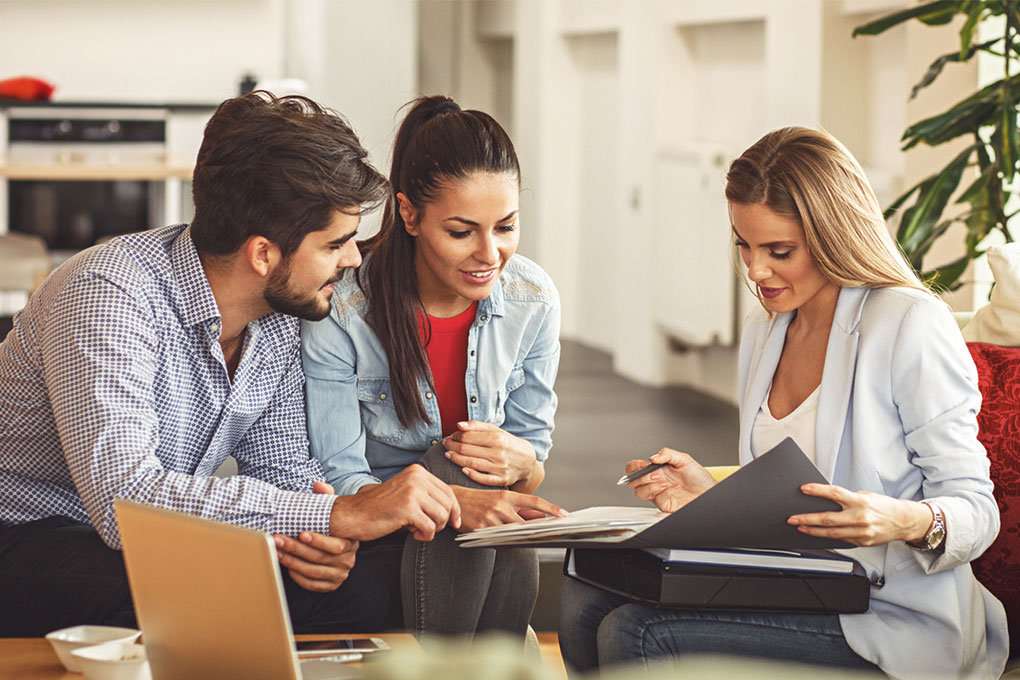 After a series of changes in 2016, Ottawa has announced a new set of measures that will modify mortgage rules as of January 2018. Here’s an overview of the impact this will have on residential property buyers.

When Julie found out she was pregnant, she and her partner decided to take the leap and buy a house rather than continuing to live in an apartment and pay rent. “We want more space, a finished basement and a backyard. That’s how we’d like to raise our child. Especially since we’re hoping to have more than one!” she explains enthusiastically.

Careful with money, the couple has managed to save a tidy sum over the past few years that, they hope, will allow them to make a solid down payment on the property they choose. But they’re worried about the new mortgage rules coming into effect in January 2018. Even if Julie and her partner have a down payment in excess of 20% of the total value of the property, as of January 2018, they will also be subject to a stress test to evaluate their ability to pay their mortgage. “I’m not sure if we’ll pass the test. With the drop in income once I go on maternity leave, I’m just not sure. Given the conditions, should we give up on our dream?” Julie wonders. Not necessarily, but the young couple might want to revisit the cost of the property they’re looking to purchase.

What exactly are the changes Ottawa is bringing in? It’s important to know that for the past few years, the real estate market has been showing worrying signs, in the eyes of the authorities. To cool things down and avoid overheating the market, the federal government has intervened several times in the past. In 2008 it had already dropped the maximum mortgage amortization period from 40 to 35 years, then from 35 to 30 in 2011 and finally from 30 to 25 years in 2012.

In 2016, there was another upheaval: from that point on, buyers who didn’t have a down payment of 20% of the purchase price of the property would be submitted to a stress test, not using their actual interest rate, but with the benchmark interest rate set by the Bank of Canada. This measure concerned anyone who needed to insure their mortgage, for example with the Canada Mortgage and Housing Corporation (CMHC).

With the new rules, all buyers, even those with a down payment higher than 20%, will now need to pass the stress test. “The minimum qualifying rate is equal to whichever is higher between the mortgage holder’s contractual mortgage rate plus 2%, and the benchmark rate published by the Bank of Canada (4.99% in December 2017). For example, for a client who chooses a five-year term at 3.19%, the qualifying rate for their file would be 5.19%,” explains Louis-François Ethier, product manager at the National Bank.

Though these new rules will also affect people looking to refinance their homes, they won’t affect those who are renewing their mortgage, so long as they stay with the same financial institution. If they don’t, they will need to re-qualify, and consequently will be subject to the stress test.

In 2016, Ottawa also imposed restrictions on foreign buyers, recalls Paul Cardinal, Market Analysis Manager at the Quebec Federation of Real Estate Boards. “With these changes, tax exemptions on capital gains from the sale of a principal residence were effectively reserved for Canadian residents,” he says.

Why tighten mortgage rules even further? “First of all, it’s important to note that the government instituted these changes primarily to try to cool the markets in Toronto and Vancouver, which are overheated. In addition, the Bank of Canada estimates that Canadians’ debt ratio is too high, so these changes are meant to be a wake-up call. Finally, we find ourselves in a situation where interest rates are rising – remember that the Bank of Canada increased it twice in 2017, to bring the policy rate up to 1% - and the government wants to ensure that if this continues, mortgage borrowers will still be able to meet their obligations,” specifies Louis-François Ethier.

The 2016 changes mainly impacted first-time buyers, in other words those who were least likely to be able to make a down payment of 20%. This new set of reforms affects all buyers, whether their loan needs to be insured or not. With the stress test, it would be fair to bet that to quality, many people will need to revisit and lower their ambitions, and look for less expensive properties than they had initially planned for.

To make sure you’re prepared before you buy, Louis-François Ethier recommends asking your financial institution for a certificate of pre-authorization before you start shopping for properties. “The certificate will confirm the maximum amount that your financial institution is prepared to lend you, and also constitutes an advantage in your favour when it comes time to make an offer to purchase, because it gives you credibility in the eyes of the seller,” he adds.

In the end, it’s important to remember that while these measures will make it more difficult for some to buy property, they also aim to prevent tragedies – the type that occur when people are forced to give up a home that they can no longer afford, whether it’s because interest rates went up, or their financial situation has deteriorated…