Advantages of Living in Canada: Newcomers Share Their Stories 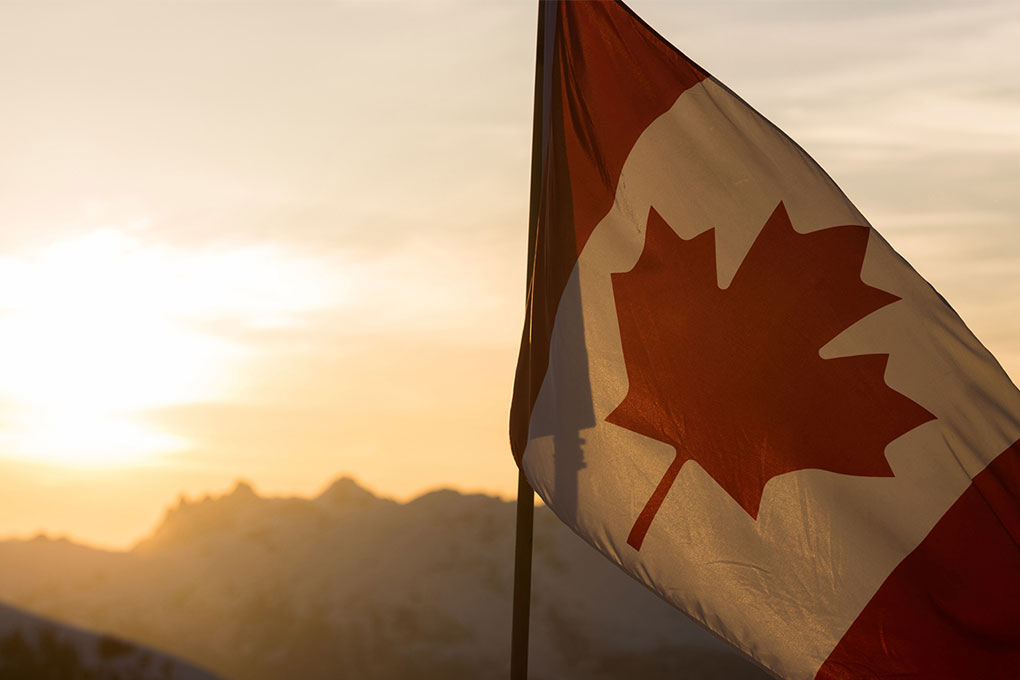 Canadians are fiercely proud to call Canada their home. They’re also famously reluctant to brag about it. Although they’ll happily, and sometimes smugly agree when their country ranks in the top five on the international list of Best Countries in the World to Live In.

But, we wondered, do Canadians take their country for granted? Who better to shed some light on the issue than recent residents of the country? What would newcomers list as reasons why they love Canada? We asked – and here is what they had to say.

“Canada welcomes everyone,” says Patrick Petzell. He and his wife Ariana Fernandez came to Canada from Venezuela four years ago. “Canada accepts you as you are and gives you the chance to do well if you work hard.” Mitra Ghaffari couldn’t agree more. She left Iran in 2012 to immigrate to Canada. “No matter which country you’re from, what your skin colour is, your gender, religion or sexual orientation, you are a human being, you are respected, considered as an equal and able to live in the country with total freedom and in peace.”

Mitra’s positivity doesn’t stop there. Even though she doesn’t need all of the social services offered to her, she is still impressed by the availability of resources and the overall kindness of Canadians. “Food banks are a great example! In Iran, there are no such organizations that provide free food to people in need. Not to mention women’s shelters, homeless shelters and accommodations for families in need – that kind of support doesn’t exist in Iran,” she explains.

Canada’s reputation withstands the test of newcomers from other diverse countries too. “I was born and raised in India, which is quite diverse in its own way,” states Rajesh Sripada who came to Canada with his family six years ago. When I started volunteering at my son’s school, I realized that the students had such diverse backgrounds: they originated from over 60 different countries and spoke over 30 languages.”

You won’t hear Mitra complaining about the wintery weather either even if it is quite different than the weather in Iran. Mitra laughs as she expresses her love of the cold season. “There is lots of snow and it’s extremely cold! I just love it – Iran was so hot! We’re able to walk on a frozen river, how can you beat that? It’s very exciting!”

Rajesh recalls another interesting thing about Canada’s cold season. “I put my son in Jujitsu classes,” Rajesh explains, “and the first thing they taught him was how to fall safely in the winter. A very peculiar skill to have, I thought to myself. The next morning, I slipped on the sidewalk and had my first experience skidding on ice. Now, of course, with my son’s lesson in winter preparedness, I know how to fall safely!”

Long-time Canadian residents aren’t the only ones who can appreciate the country’s natural beauty. Newcomers like Rajesh welcome every opportunity to get outside. “Our favourite family pastime is to go on picnics with friends,” says Rajesh, “and enjoy what nature has to offer. I read an Inuit saying in one of the conservation areas that a forest bath is what makes you happy and healthy. It made me think of a similar expression in Sanskrit: Vriksho Rakshathi Rakshathiha (save a tree and it saves mankind).”

“Canada is peaceful and safe,” point out Venezuelans Patrick and Ariana. “You learn to appreciate this only once you have lost that sense of security and then recapture it. In Canada, women are protected and respected – it’s the law and it’s a certainty!” Mitra adds.

“I wanted to skate on the Rideau Canal,” Mitra says, “and I worked very hard to learn how to skate during my first winter here.” Patrick knows too well that ice sports are a popular thing in Canada and it’s hard to appreciate the sport without giving it a try. “You don’t necessarily have to play hockey,” says Patrick, “but slipping on a pair of skates and testing your skills on the ice might help to understand.”

Rajesh needed to do his own initiation when it came to Canadian sports. “My biggest challenge in the first weeks,” Rajesh says, “was figuring out the Blue Jays, Raptors and Maple Leafs. I mistakenly mixed baseball, basketball and hockey until someone at work corrected me with a chuckle during a team meeting. There is nothing better than sports to help you connect to a new place that you will eventually call home.”

Are Canadians too polite? Not according to Patrick and Ariana. “We love the fact that being polite is a valued part of the national character instead of celebrating the opposite,” they explain. “You can be a good person without being mocked for it. You don’t have to be embarrassed for being nice.”

“I love maple syrup,” Mitra says enthusiastically, “its aroma, its taste on pancakes . . . I had never eaten pancakes before moving to Canada.”

Mira’s love of maple syrup closely resembles that of Rajesh’s wife for Tim Hortons. “My wife’s decision to make Canada our home was significantly influenced by her love of the Double Double at Timmy’s,” Rajesh laughs. Her day doesn’t start without Timmy’s… and my daughter is a big fan of their maple cinnamon bagel and maple dip donut.”

“I live only a few hours from the North Pole by plane,” says Mitra, “another reason why I love the fact that Canada is my country.”

“Canada has brought out the best in us,” states Patrick and Ariana. “Canada has been generous to us by letting us in, and we feel the need to pay it forward.”

“It has been quite a joyful ride since we arrived from India/Middle East,” adds Rajesh, “and we have enjoyed every moment of it. Yes, it is a life-changing decision. You have to start all over again. And that, perhaps, is the most exciting part.”

Clearly, Canada’s appeal is widespread. Not even the icy weather can deter the spirits of newcomers, which is saying quite a bit. Canadians don’t know how lucky they are…let’s hope the positive words spoken above won’t go unnoticed!