Five opportunities to talk $$$ with your kids 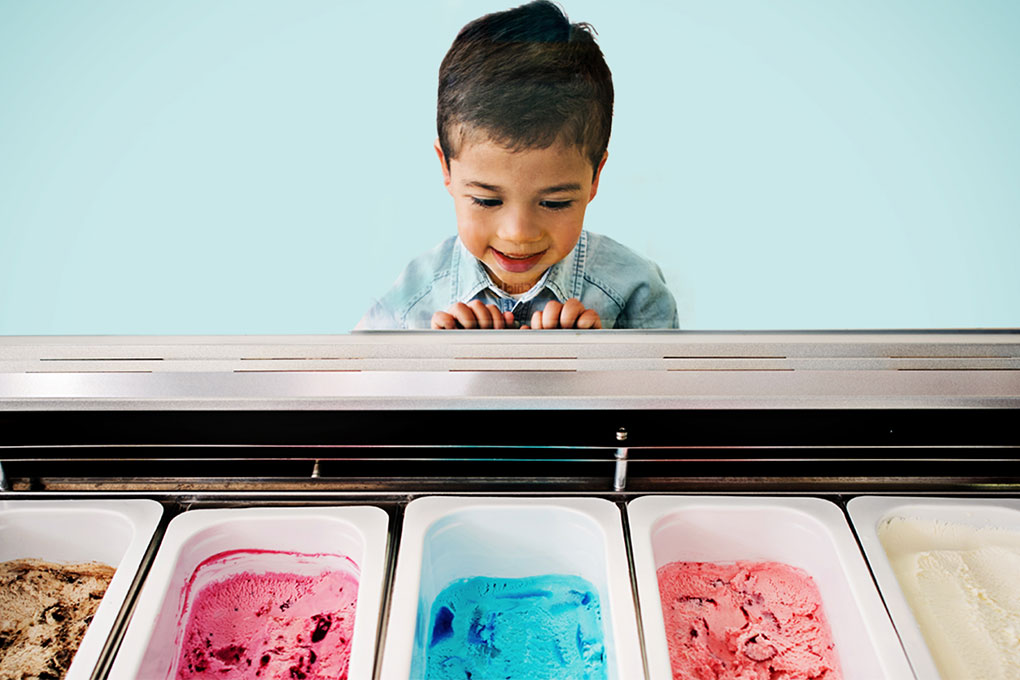 Kids are expensive. To avoid, on top of everything, having to pay off their student debts and put the down payment on their first home because they never learned how to save, you might want to start teaching them about money right away. Here are five everyday opportunities to start.

It’s Saturday morning and, like always, you’re out of milk, bread or, worst of all, coffee. To add to your troubles, your five-year-old is insisting on going with you to the grocery store. Take a deep breath, and use the occasion to teach them some fundamentals. At that age, you have to keep it simple. You can start by explaining that, to buy something, you need money. Give them a $20 so they can pay for the kamut miche themselves. Gradually, you can also teach them to compare prices between different brands and products. If there’s a corner store close by, you can even send them to buy milk on their own (under close supervision, of course). It’s a tactic that Alexis Gagné, economist and commentator on the Télé-Québec show Format familial, has used with his daughter since she was five. “I’m hoping eventually I can give her $50 to go buy what we need for dinner!” he says.

Grandma let loose and gave your seven-year-old son a crisp $50 bill. Perfect timing, gifts of cash are a great way to teach kids the basics of saving. Alexis Gagné suggests dividing children’s pocket money into three transparent jars, so that their contents are visible. The first is mad money (buying candy), the second is to save up for something bigger (the hoverboard they’ve been talking your ear off about for weeks, for example) and the third is for charity, or a gift for a friend. Every time someone gives them money, they have to split it between the three jars. It’s a good habit to get into, since eventually they’ll have to do the same with their salary. But instead of a hoverboard it’ll be an RRSP.

Your daughter dreams of an African safari, but your budget only allows for a week of #vanlife. “It’s a good idea to get your kids involved in the planning and decision-making that goes into a vacation,” says Alexis Gagné. You can ask them whether they’d prefer a hotel with a pool for $200 a night or camping at $40 a night, with $160 left over for activities. If you have teenagers, you can even let them know what the budget is (say, $4,000) and ask them for destination suggestions. An AirBnB in Costa Rica? Two weeks in the sun at an all-inclusive? Not only will playing around with the vacation budget sharpen their math skills, it will also help cut down on extras once you’re there. There’s no WiFi to post your Snaps? Not my fault, my friend.

Paying a child to do everyday chores, like making their bed or emptying the dishwasher, is not the best idea, given that no one is really paid to do those things, explains Alexis Gagné. For bigger jobs though? Now we’re talking. Instead of hiring someone to rake leaves, mow the lawn or redo the flower beds after the city flattened them yet again while repairing the sidewalk, use the labour-force you engendered and pay them an hourly wage. “It’s only by earning money that a child learns to equate the things they want with the time and effort it takes to buy it for themselves,” says Martine Marleau, a budgetary advisor with the ACEF of Montreal’s east end. What better way to help your pre-teen appreciate the value of the $30 they need to buy that new pair of Vans than asking them to spend Saturday afternoon re-locating a pile of rocks.

Junior had the bright idea of watching YouTube in the bath, and dropped the family tablet in the water. Try waiting a while before you replace it. “We live in a society of over-consumption where credit is easy to access. You wake up one morning with a yen to redecorate, and by nightfall you have a brand new, “buy now, pay later” sofa. If children learn this behaviour from a young age, it can unfortunately follow them into adulthood,” explains Martine Marleau. So, explain to Junior that you have to earn enough money to pay for a tablet before you can get a new one. If they have any savings, you can ask them to contribute a little. You can also get them involved in bargain-hunting and shopping around to find the model with the best value.

There you have it. And if your kiddos object when you put on your personal finance hat, tell them they’ll thank you in 20 years (or not – lessons in gratitude is a whole other department).