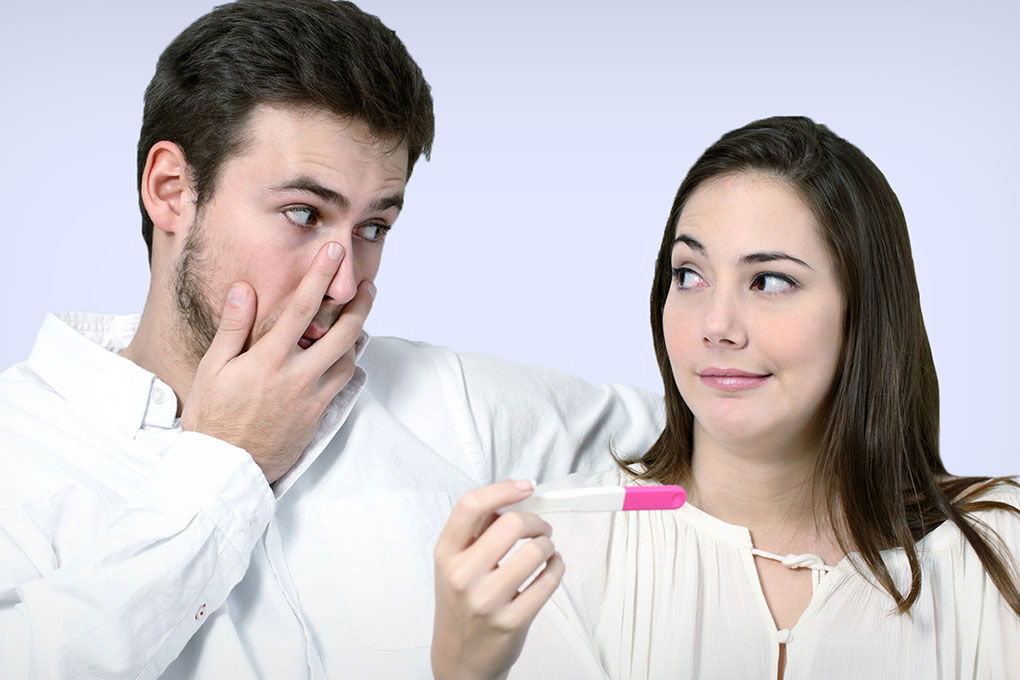 What is the right time to make babies? It's up to everyone to choose for themselves. Catherine tells us how she experienced her pregnancy when she was 21 years old.

Halfway through a poli-sci undergrad degree and with a boyfriend who’s been in the picture for five months, most people would be more concerned about their next dinner date than when to have kids. Babies don’t usually even cross our minds before we’ve bought a home or taken a vacation to Riviera Maya.

But Catherine liked to dive in headfirst. When she was 21, a month after meeting Jeremy, she decided to move into a one-bedroom apartment with him. But when those infamous lines showed up on the pregnancy test, it suddenly seemed like things might be going too fast. She and her boyfriend both knew that they wanted kids eventually . Not right away. Neither of them even had a real job.

“When I found out, I felt as if I was in the middle of a massive expanse of nothingness. Not falling, just hanging there,” explains Catherine. “I was so dizzy that I felt paralyzed, but at the same time as if everything around me was moving so fast.” They considered all the options and then, with no certainty that they were making a responsible choice or that their relationship would survive, decided to go for it.

Thank goodness, the pregnancy went well. Catherine wasn't too tired, continued to work out four times a week, and even remained a full-time university student until her 39th week of pregnancy. During their free time, the young couple scoured Facebook for sales of second-hand baby stuff to get everything they needed for the upcoming birth.

But it wasn’t always a walk down easy street, full of sunshine and rainbows. Money problems, getting used to life as a couple, worries about becoming parents at 21 years old... “Our relationship was on the brink of explosion many times, it was definitely not an easy stretch!”

And then, three days after Catherine's last exam of the semester, baby Louis made his entry into the world. “When he was born, I knew right away that we had made the right decision. Obviously it's not easy 100 per cent of the time... but then again, what is?”

Louis' arrival brought its share of new challenges — which Catherine and Jeremy took on together. Three weeks after the birth, university started back up for Catherine. When she had a class, Jeremy stayed home with the baby and she pumped breast milk in the school washroom during breaks. Fortunately, Louis was the world's best baby, always in a good mood, and they could take him everywhere (even out to dinner at restaurants with friends).

Catherine is now 23 years old. In retrospect, she realizes that the year of her pregnancy was the most intense of her life, but also the most amazing. “This little guy makes us so proud, and we love being a family. I think that for us, the key was to always take our time.” Maybe that's the secret. Even if life sometimes seems to happen so fast.

Got questions about your children? We've got tips for you.