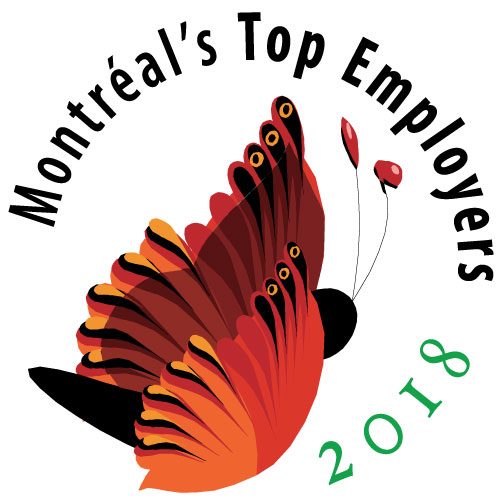 National Bank is proud to be ranked for the 8th consecutive year among Montreal's Top Employers, a regional edition of Canada's Top 100 Employers presented annually by Toronto publisher Mediacorp Canada Inc. The list was created in 2006 to recognize Montreal-based businesses that offer an exceptional work environment.

- National Bank recently announced the construction of a new head office in Montreal, at the corner of Saint-Jacques Street and Robert-Bourassa Boulevard. This one-of-a-kind project for Montreal will give rise to the largest office tower built in the downtown core in 25 years.

- National Bank is one of the main employers in the Montreal area. It offers a variety of exciting career opportunities and has hundreds of job openings, many in emerging areas of expertise.

- As a proud partner of the city's technology ecosystem, National Bank supports many organizations that are developing data science and artificial intelligence, among other things.

- With the help of its employees and retirees, National Bank has participated in the Centraide of Greater Montreal campaign for 40 years to support the organization's fight against poverty and exclusion.

About National Bank of Canada
With $246 billion in assets as at October 31, 2017, National Bank of Canada, together with its subsidiaries, forms one of Canada's leading integrated financial groups.  It has more than 21,000 employees in knowledge-intensive positions and has been recognized numerous times as a top employer and for its commitment to diversity.  Its securities are listed on the Toronto Stock Exchange (TSX: NA).  Follow the Bank’s activities at nbc.ca or via social media such as Facebook, LinkedIn and Twitter.