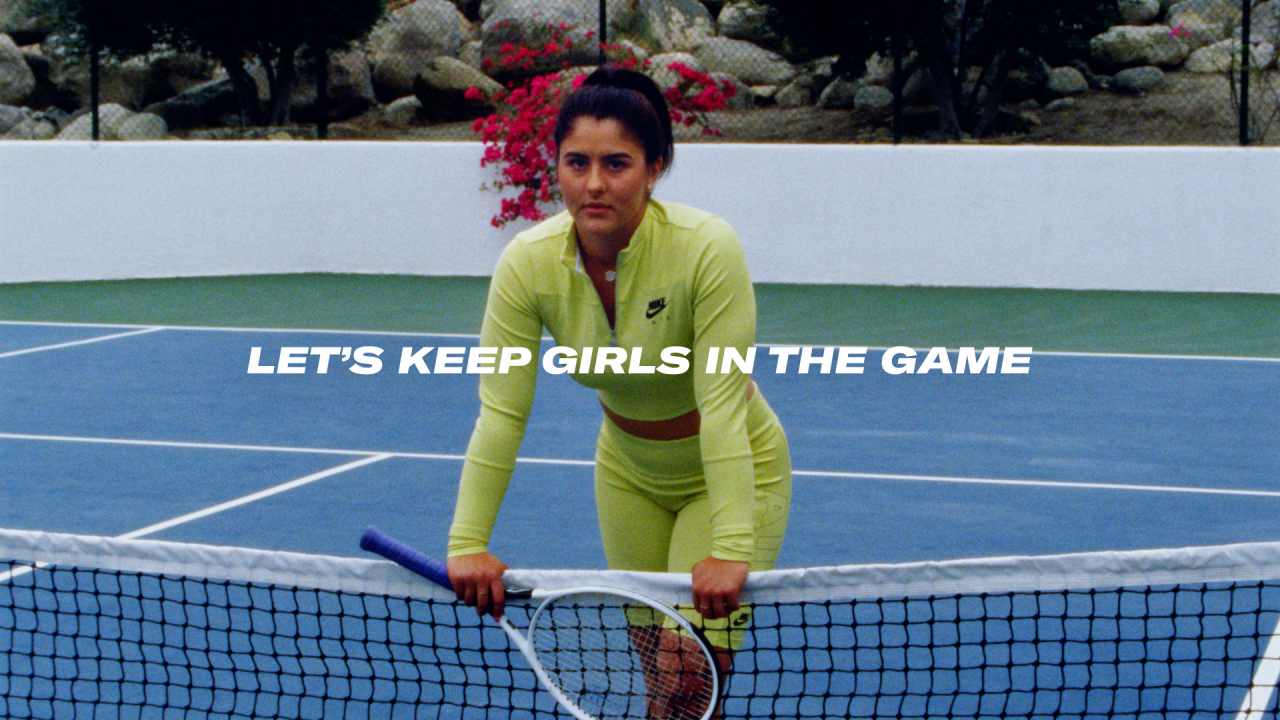 Tennis Canada and National Bank announced today that they will partner on a long-term equality strategy for the next ten years, which will create meaningful actions and change for gender equality in tennis. The multi-faceted program is an important milestone of National Bank’s corporate partnership agreement and demonstrates the Bank’s deep and long-term support for the development of tennis in Canada.

As part of the initiative, Tennis Canada and National Bank will create new opportunities for women and girls in tennis, encouraging them to continue playing and enticing even more to pick up a racquet, become life-long participants, coaches and reap the benefits of an active lifestyle and personal growth through sport. As a recent study conducted by Canadian Women & Sport in partnership with Canadian Tire Jumpstart Charities found, one in every three girls drops out of sport during adolescence compared to only one in 10 boys, while as many as 62% of Canadian girls do not participate in sport of any kind.

Tennis Canada has already taken preliminary steps to reach this goal within a constrained COVID-19 environment. As part of the partnership with National Bank, the organization hired a group of highly qualified women coaches and support staff, including former World No. 3 Nathalie Tauziat and former professional Lan Yao-Gallop, to act as touring coaches for young women players part of our high performance pipeline. Fellow former professional Katy Shulaeva has also been hired to coach at the Toronto Regional Training Centre and mental strength advisor, Dana Sinclair was added to the Tennis Canada high performance team.

Moving forward, three pillars have been identified for the long-term strategy and Tennis Canada is currently finalizing the program details for implementation in 2022.

Canadian tennis star and reigning National Bank Open presented by Rogers champion Bianca Andreescu has also been named as the first honorary Ambassador of the program.

“It is a true honour to be named the inaugural Ambassador of this program,” Andreescu commented. “I hope that through this work, we can inspire more women and girls to play tennis, lead a healthy lifestyle and even pursue a future in the sport, whether that be on the court or off it.”

“The launch of this initiative is a defining moment for tennis in Canada as we aim to increase participation in our sport at all levels among women and girls,” commented Jennifer Bishop, Tennis Canada’s Chair of the Board and ITF Billie Jean King Cup Committee Member. “I would like to thank National Bank for their incredible support in this game-changing program. We will work together to increase participation and visibility of women in tennis. This program also provides us with an excellent platform to champion our existing women players, coaches, staff and stakeholders as Tennis Canada positions itself as a leader in this space.”

"Inclusion and diversity are core values at National Bank, and we're very proud to be working with Tennis Canada on this landmark initiative. Participating in sports is great for physical and mental health and can have a positive impact on every aspect of our lives. That's why we need to give women and girls at all levels an equal opportunity to reach their full potential through physical activity," said Lucie Blanchet, Executive Vice-President – Personal Banking and Client Experience at National Bank.

To mark the start of the program, Tennis Canada is also launching today the campaign “Girls. Set. Match.”, created by global creative agency Sid Lee, with a primary focus on the retention of young women and girls in the sport through adolescence. The 30-second video focuses on a series of young girls showing their character, talent and resilience. It is set to encourage young girls to keep up with their sport while featuring Bianca Andreescu as a source of inspiration. To watch the video, click here.

With this campaign, Tennis Canada’s goal is to raise awareness regarding the different participation opportunities for girls in tennis, a pivotal first step towards equality.

“We celebrate Tennis Canada for its commitment to showcasing the power and success of women and girls in tennis through the Girls. Set. Match campaign,” said Allison Sandmeyer-Graves, CEO, Canadian Women & Sport, an important partner of Tennis Canada’s.  “We are proud to be working with Tennis Canada to help them bring their vision for gender equality in tennis to life. This campaign will be particularly meaningful within the context of Tennis Canada’s multi-year gender equality strategy, which we are confident will contribute significantly to the long-term growth and development of the sport in Canada.”

Founded in 1890, Tennis Canada is a non-profit, national sport association with a mission to lead the growth of tennis in Canada and a vision to become a world-leading tennis nation. We value teamwork, passion, integrity, innovation and excellence. Tennis Canada owns and operates the premier National Bank Open presented by Rogers WTA and ATP Tour events, four professional ATP and ITF sanctioned events and financially supports four other professional tournaments in Canada. Tennis Canada operates junior national training centres/programs in Toronto, Montreal, Vancouver and Calgary. Tennis Canada is a proud member of the International Tennis Federation, the Canadian Olympic Committee and the Canadian Paralympic Committee, and serves to administer, sponsor and select the teams for Davis Cup, Billie Jean King Cup, the Olympic and Paralympic Games and all wheelchair, junior and senior national teams. Tennis Canada invests its surplus into tennis development. For more information on Tennis Canada please visit our Web site at: www.tenniscanada.com and follow us on Facebook and Twitter.

About National Bank of Canada
With $351 billion in assets as at April 30, 2021, National Bank of Canada, together with its subsidiaries, forms one of Canada's leading integrated financial groups. It has more than 26,000 employees in knowledge-intensive positions and has been recognized numerous times as a top employer and for its commitment to diversity. Its securities are listed on the Toronto Stock Exchange (TSX: NA). Follow the Bank’s activities at nbc.ca or via social media such as Facebook, LinkedIn and Twitter.