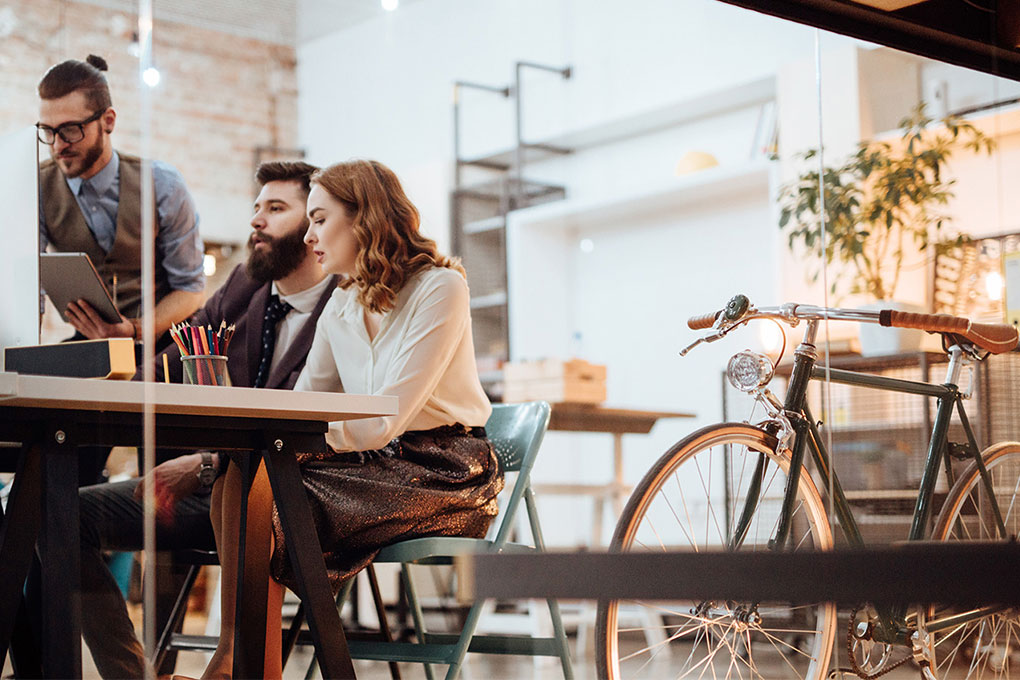 To finance their start-ups, more and more young entrepreneurs are turning toward crowdfunding. But what are the keys to finding alternative funding? Here are some tips for a successful crowdfunding campaign.

Successfully launching a business project by obtaining financial backing directly from the general public is the stuff of dreams for many entrepreneurs. For 1083, a company that caused a media sensation a few years ago in France, the dream came true. The manager of a small shop in the Ardèche region had an idea to launch a collection of eco-friendly jeans and footwear using raw materials made in France within a radius of 1,083 kilometres, which is the distance between the two French cities that are the farthest away from one another. A crowdfunding campaign was launched on the platform Ulule, which is well known in Europe. Ulule arrived in Canada in 2015, with the National Bank as its partner.

1083’s campaign focused on the project’s eco-friendly values, its reliance on local craftsmanship, and the likeable young man, Thomas Huriez, who came up with the clever idea that soon had many people wanting to back it. Pre-orders were nine times greater than the company’s goal. But success on this scale requires a carefully laid-out strategy, long before the adventure begins.

To make sure your crowdfunding campaign is on target, start by determining who exactly your project is aimed at. Answering that one simple question will help you to find the right words, the right tone and the right visuals to draw the attention of the audience you’re after.

Are you reaching out to millennials in general? To women in their thirties or forties with a focus on health and wellness? To young urbanites following the latest tech trends? Or people concerned with the environment?

Maybe there’s a relatable anecdote explaining how your idea came to life? If so, use it. People love a good story. Or perhaps you have a real star on your team, like a well-known personality or someone who just knows how to draw public attention? Don’t hesitate to place this person front and centre. People love to put a face to a project.

How will you spend the money you raise?

Since you’re asking people to finance your project, they’ll obviously want to know where their money is going. For instance, in Montreal, an exclusive clothing line launched by Atelier b and illustrator Catherine D’Amour (and successfully financed on Ulule) gave a precise breakdown of the funds raised, showing what would go to production, to tax, to development, to publicity, to shipping, and to Ulule.

For its part, 1083 indicated that funds obtained for pre-orders would be used to purchase raw materials, including organic-cotton denim woven in the Loire Valley.

It’s also possible that your project goes viral and you far surpass your goal, as was the case for 1083. It’s a good idea to set out a secondary goal, and explain what you will do if it’s reached, in order to take your project to the next level.

A crowdfunding campaign is a bit like a marathon. You have to know how to manage your efforts in order to keep up the right pace until the very end. Try to maintain interest by posting a new message every day that will convince people to keep backing you. Prepare a list of features that you can present to your community in greater detail as the days go by. For instance, you can give concrete examples of how your project can change lives within a community. Find an original way to introduce your project’s team. People love getting a look behind the scenes. And make sure to respond to all comments!

Are you leaning toward rewards-based crowdfunding?

There are currently many different types of crowdfunding. Rewards-based crowdfunding allows individuals to determine the amount of money they want to contribute and in return receive something promised to them by the creator of the campaign. With this model, shares in the company aren’t given out. It’s more a case of getting benefits. For instance, helping to finance the production of a documentary could give you free access to it once it’s finished, or backing a clothing start-up might provide participants with a pre-ordered article of clothing.

To hold a fundraising campaign, platforms require that strict rules be followed. Both your reputation and the reputation of the platform must be flawless in the eyes of the public. Generally, most sites guide aspiring entrepreneurs in the right way to conduct a campaign.

Who are the major players?

There’s no shortage of crowdfunding platforms, and the general public is increasingly aware of them. In terms of large sites that sprang up in the United States, Kickstarter and Indiegogo need no introduction. Actually, Indiegogo is the platform that Bastien Poulain, the creator behind 1642, the Quebec line of craft sodas, used to obtain financing.

In addition to Ulule, which originated in France and is now established in Montreal, Quebec has seen initiatives such as La Ruche and Haricot. And though it may seem contradictory, given that the idea behind crowdfunding platforms is to finance projects without the help of large financial institutions, they’re playing a growing role in these types of Web platforms. This is precisely what the National Bank did in forming a partnership with Ulule. Both organizations share the goal of helping entrepreneurs bring their projects to life.

An entrepreneur can also opt for equity-based crowdfunding, also known as securities funding, by issuing securities, such as bonds or shares in the company, to people who contribute to its financing. Overseen since 2015 in Quebec by the

Autorité des marchés financiers, this type of crowdfunding is subject to numerous legal and financial obligations.

Crowdfunding is still in its early days in Canada, but sites like GoTroo and FrontFundr are on the rise. And elsewhere in the world, the trend is undeniable, given the popularity of sites like Crowdcube in the United Kingdom, Fundable in the United States, and Anaxago in France.

Whatever the goal of your crowdfunding campaign, if your strategy is clear and properly executed, you’ll be well on your way to raising the funds required and making your start-up a success.