Real Estate: The Risks We Often Forget To Consider Before Buying 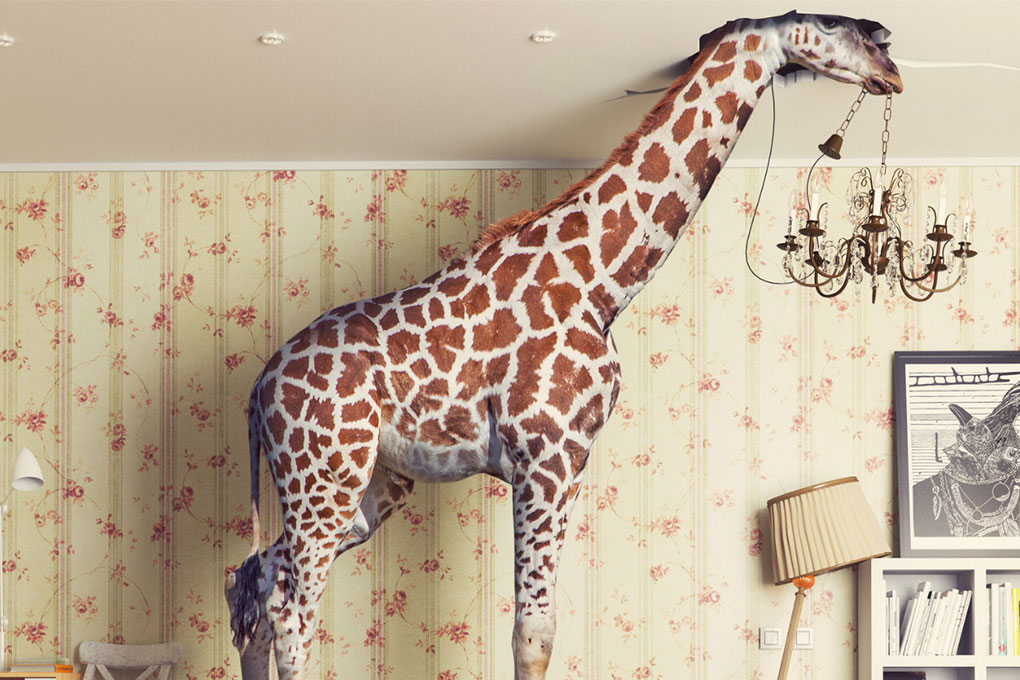 You’ve finally found the site of your dreams to build your home. You’ve compared prices, calculated the distance to the grocery store, and checked to make sure a school is located nearby. But have you considered the geographical risks associated with your purchase?

Most geographical risks are as rare as they are devastating. Others, on the other hand, are far more likely to occur. Calling on the services of an expert can be a very wise and financially sound decision. Given the investment associated with the purchase of land and the construction of a home, the cost of a land evaluation in due form is generally advisable.

Here are 6 more or less common risks that you should be aware of and assess before signing your deed of purchase.

This geological map represents 45 landslides which occurred in Canada between 1840 and 2006. Even if landslides can be observed in every region in Canada, the most at-risk zones are the ones where glaciolacustrine (purple) and glaciomarine sediments are found (midnight blue). (Source: Natural Resources Canada)

On May 10, 2012, a house located on the shore of the Salvail river in Saint-Jude collapsed when the clay soil it was built on gave way underneath it. This phenomenon occurs when the ground becomes too dry.

Thankfully, all landslides do not end in tragedy in Quebec, but they are not rare and remain dangerous. The risk is all the greater since clay soils are found in the more developed parts of the territory, specifically the St. Lawrence Valley, the Ottawa Valley and the Saguenay-Lac-Saint-Jean region.

Building a house on clay soil is not prohibited, but this decision requires certain precautions. “It is highly recommended that you commission a reconnaissance survey to assess the load-bearing capacity of the soil and the stability of the slope before proceeding with a purchase,” explains Nadège Tollari, geologist and vice-president of Multitest, a soil assessment firm. The objective: “Find out what type of house can be built on this site and which precautions will have to be taken.”

“Cracks in the soil, near the top or on the slopes, are the main warning signs of an impending landslide,” cautions Civil Protection. The price tag for peace of mind is around $3,000 to $5,000, which is the cost of a load-bearing capacity assessment. However, the cost can escalate if the site is complicated to test or if it is located in a remote area and requires a commute.

“If the land has previously been the site of an industrial building, it can be useful to conduct a soil survey to ensure that it has not been contaminated by an oil or heating fuel spill or something else. An analysis costs between $1,000 to $2,000,” adds Nadège Tollari.

2. The dangers of flood risk areas

This map showing the impact of climate change on river regions mirrors that of flood risk areas. The most direct and dangerous effects of these changes (hatched purple) are an increase in floods and river erosion. As we can see, the very densely populated St. Lawrence basin is particularly exposed to these environmental risks. (Source: Natural Resources Canada)

Residents living on the banks of the Richelieu river were aware that the privilege of waking up to such a beautiful view every morning came with flood risks, but this seemed like a far-off possibility. And yet, in 2011, this sword of Damocles fell in the shape of a historic flood: due to a combination of devastating meteorological conditions and bad waterfront planning, water levels raised to record highs.

Even though floods can occur at very long intervals, this does not mean that they never happen. “An event that occurs every 20 or 100 years can be considered rare, but it is still statistically predictable,” warns the website of the Ministry of Sustainable Development, Environment, and Action against Climate Change. “We know the event will occur sooner or later, but we cannot pinpoint exactly when.”

It is essential to verify whether the desired land is located in a flood zone since insurance generally does not cover this risk. “We can be breaking the law without even knowing it!” cautions Audrey Ouellet, a water resources engineer and owner of ALPG Consultants inc. “Everywhere in Quebec, it is prohibited to build on land bordering a watercourse or a riverbank, specifically an area of land 10 to 15 meters wide extending inland from the high-water mark. Sometimes, a small intermittent stream can be present on the site, but go unnoticed.”

Building in proximity to a watercourse comes with the risk of flooding, but also of the loss of land due to erosion. This seemingly small detail can be verified by measuring the actual size of the plot and comparing it to the certificate of location. If you notice a difference, beware!

“It is also important to check whether the plot is located in a wetland,” adds the expert. “This could mean, in some cases, that the soil is saturated with water and that the groundwater levels are high, which can lead to an accumulation and infiltration of water. Unmistakable signs? Spongy soil, black earth, moss, dead trees, etc.”

With increasing urbanization, the vacant lots are often those located in lowlands and wetlands (traditionally, residents invest first in higher topographical areas). Consequently, Audrey Ouellet advises future homebuyers to get information from their city and their regional county municipality (useful maps and regulations). To find out where wetlands are located in Quebec, you can also consult this map.

It is also possible to retain the services of a firm specialized in the field. For a cost between $800 and $1,200, the firm will conduct preliminary research using the existing documentation.

This map of tornadoes that occurred in Canada over the past 30 years identifies two main areas of activity: the Prairies and the Quebec-Ontario corridor extending from the Great Lakes region all the way to Sherbrooke. (Source: Environment Canada)

Did you know? Canada is the country with the highest number of tornadoes after the United States. And these violently rotating columns of air can destroy homes in record time.

About sixty tornadoes occur every year in Canada, mainly in Saskatchewan, Manitoba, Alberta, Ontario, British Columbia and New Brunswick. The risk is lower in Quebec, where tornadoes are generally not as powerful as those in the United States or in the rest of the country, and is mainly concentrated in the south of the province. Tornadoes are more frequent in June and July.

It is unfortunately difficult to guard against the risk of tornadoes, aside from settling outside the risk areas of course.

Here is a map that should be reassuring to most: the majority of forest fires occur far from major residential areas. However, the Fort McMurray disaster should serve as a reminder that in a country as forested as ours, the risk is very real. (Source: Natural Resources Canada)

Forest fires are also on the list of major natural disasters to keep in mind, as a fire could destroy your home if it is located near a forest or at the edge of a wood, as is often the case with country houses in particular.

It is important to know that over 7,000 forest fires happen every year in Canada. The Fort McMurray wildfire, which occurred in the spring of 2016, is etched in the collective memory. In this case, 80 % of the residences located in the Beacon Hill neighbourhood in Wood Buffalo were destroyed by fire.

Once again, it is nearly impossible to completely avoid this risk, except by choosing to live far from forests (which is not always an easy task in Canada). But this risk is something we will have to get used to, since due to climate change the risk of fires should increase considerably in the years to come. This little animation is unequivocal on the subject.

A little-known fact for most Canadians is that every year, on average, four earthquakes are recorded at a magnitude higher than 4 in Eastern Canada. Even though there are many earthquakes off the West Coast, the majority of land earthquakes are concentrated in the east.

This is particularly true in the south and northwest regions of Ontario, in the Great Lakes region, the west of Quebec (including Montréal and Hull), in Charlevoix-Kamouraska, in the Lower St. Lawrence region, in New Brunswick, and all the way to New England.

Scientists are at a loss to explain this seismic activity; since Canada is not located on a tectonic plate boundary region, earthquakes should be rare. The risk is nonetheless very real: the probability of an earthquake of a 7.1 magnitude hitting Quebec in the next 50 years is estimated at between 5% and 15%.

Yet in the province, “less than 5% of individuals have added an earthquake clause to their insurance policy and a little over 40% of companies are protected,” says Pierre Babinsky, Director of Communications and Public Affairs at the Insurance Bureau of Canada, in an interview with the Chambre de l’assurance de dommages.

However, there is no need to dramatize since these earthquakes generally have a minimal impact. But they can indeed cause damages locally and occasionally, including the destruction of homes, fires or floods.

No Canadian region is protected against radon and its consequences, but this map identifies at a glance the most at-risk zones: southern Manitoba and Saskatchewan, but also Gaspésie and northern New Brunswick. (Source: Carex Canada)

Nearly 7% of Canadians live in a home where radon gas emissions exceed acceptable levels (200 Bq/m3). Yet, breathing in high levels of radon can cause lung cancer. “After smoking, radon is the main cause of lung cancer, the deadliest cancer in the country,” reminds the Canadian Cancer Society.

Exposure to radon, a naturally occurring gas, is more frequent in Manitoba, New Brunswick, Saskatchewan and the Yukon, but radon is present throughout Canada.

Because radon is odourless and colourless, it is difficult to detect. This is why it is advisable to test for this gas, considering these assessments are generally inexpensive. You can find an accredited professional to measure for radon by clicking here. It is also possible to test for radon yourself. Several types of detectors are available on the market, varying in price from about $15 to $150 (often added to this is the cost of the analyses and potential shipping fees). The Association pulmonaire du Québec provides the possibility of buying a dosimeter online for $45 with the additional cost of $7 to get the results tested in a laboratory in the United States.

Health Canada advises collecting data for at least three months, preferably in winter, in order to get an accurate picture since measures vary greatly over time.

If the test reveals high levels of radon, simple measures costing between $800 and $3,000 can be implemented to ventilate the space and/or to evacuate the gas towards the outside.