Allowances: How to manage them with your kids 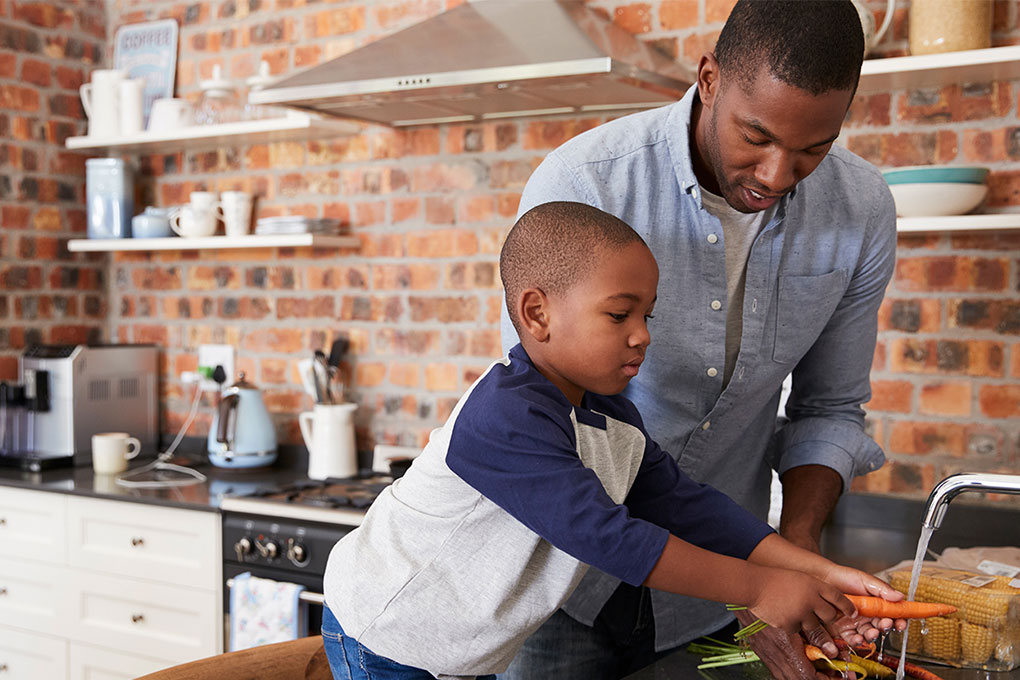 According to the latest studies, 30% of Quebecers give their kids an allowance. On the fence about giving your kids a small allowance? Read on to find out what parents and experts think.

The ins and outs of allowances

According to Hélène Hétu, budget counsellor at ACEF Rive-Sud, giving your kids an allowance is a personal decision. She stresses the need, as a parent, to first know your own fiscal capacity.

According to Claire Leduc, founder of the Le parent entraîneur, an allowance is a great way to teach kids to manage their money. “Giving your kids $1 or $2 a week, starting at age five, gives them a real understanding of money.”

Marie-Josée, mother of two teenagers aged 13 and 15, has been giving her kids an allowance since they were seven years old. When she started, she and her husband were giving them $5 a week. Today, instead of increasing the amount, they changed the frequency of the payments, giving them $25 a month. “It’s a way to teach them how to manage their cash flow according to their expenses,” says Marie-Josée.

Amélie, however, doesn’t give her kids, aged six and eight, an allowance. But they do have a piggy bank for the money they receive as gifts. “They know they have money, but they don’t know exactly how much,” she says.

Increase their allowance and their amount of responsibility?

As children get older, they can take on some responsibility. You can draw up a yearly budget for your kids and determine what their monthly expenses are. If you make them responsible for those expenses, consider increasing the amount you give them accordingly. “The important thing,” says Leduc, “is to do it gradually.” Your kids will have to make choices in order to afford their essential expenses.

Depending on where you live, $50 or $80 per month is a realistic amount to give a 12-year-old if you’re asking them to pay for their own transportation, some of their clothing, makeup and video games.

Marie-Josée knows that the amount she gives her kids is pretty low for teens, but she and her husband are paying for their clothes, bus passes and going to the movies. They’re thinking of increasing the amount and, in return, asking their kids to take on certain expenses. For now, they’re still coaching them and helping them think about the buying process in order to teach them about the value of things and avoid overconsumption.

Marie-Josée has always been against the idea of paying children to do chores. “We’re a family—we love and help one another. You don’t get paid for that.” Leduc feels the same way. She believes in fostering a sense of responsibility to the family unit.

Hétu, however, suggests making a list of bigger tasks that fall outside the scope of everyday chores that could be deserving of compensation. This could be an incentive for a child who has a specific project in mind and is looking for ways to make extra money.

Another interesting option, according to Leduc, is to hire your child to do chores that you would have paid someone else to do and pay them for their work. It’s important to explain what your expectations are, and if they are not met, they’ll lose the contract. “That way, you’re teaching your child to take the work seriously to earn their pay.”

Patricia, mother of a 12-year-old boy, uses a credit system. She decided not to pay a fixed amount. Instead, each chore is worth a certain amount. Her son has to live with his decisions. “Some weeks he has no money,” she says.

How do you teach your kids the value of money?

The idea of physically handling bills can give children a better grasp of their value. You could swap plastic for actual cash and play store or put your child in a real-life situation at the grocery store and ask them to pay for a pint of milk. “Give them more money than they need and let them figure it out,” says Hétu. It goes without saying, however, that your child must know how to count a little.

Talking openly with your children about the difference between needs and desires is also a good idea, according to Leduc. “If your child needs pants and you’re willing to pay $20, but they want the $50 designer pair, you could let them choose the more expensive item, as long as they pay the difference.”

Patricia feels that her son hasn’t started making any unreasonable demands that she might ask him to contribute to. “We'll see if he develops more expensive taste down the road.” But she doesn’t miss an opportunity to talk about money with him. “He’s very aware of the value of things and what debt is,” she says.

Amélie and her husband have agreed, with their kids, that if they break something, they have to take money from their piggy bank to pay for it. “We want to instill the value of money in them,” says Amélie.

How do you convey the importance of saving?

Giving your kids an allowance helps you determine your kids’ financial personalities, beyond the parental model. Leduc believes it’s important to show children how to save. “You can still teach them how to be a saver, even if you’re a spender," she notes.

It might be something you can learn together. You could introduce the idea of saving a portion of their money for long-term projects. While your kid is saving up for a skateboard, you could be setting aside funds for your RESP, your RRSP or your next family vacation.

“I’m lucky. My kids aren’t big spenders,” says Marie-Josée. “They make do with what they’ve got.” Despite the seemingly small amount, both children manage to save money.

Leduc adds that learning to deal with the frustration of not being able to buy something you want right away is essential. She suggests avoiding lending money to make up the difference when kids want to buy something. “If they want something, look at how much money they have saved up and help them determine if they can afford it.”

Experts and parents agree that there’s no perfect system when it comes to allowances, but it is important to teach your kids early on how to manage money so that they can grow up to become responsible adults. No matter what you do, the most important thing is to stick to your own budget before giving your kids an allowance.