6 benefits of buying an electric vehicle 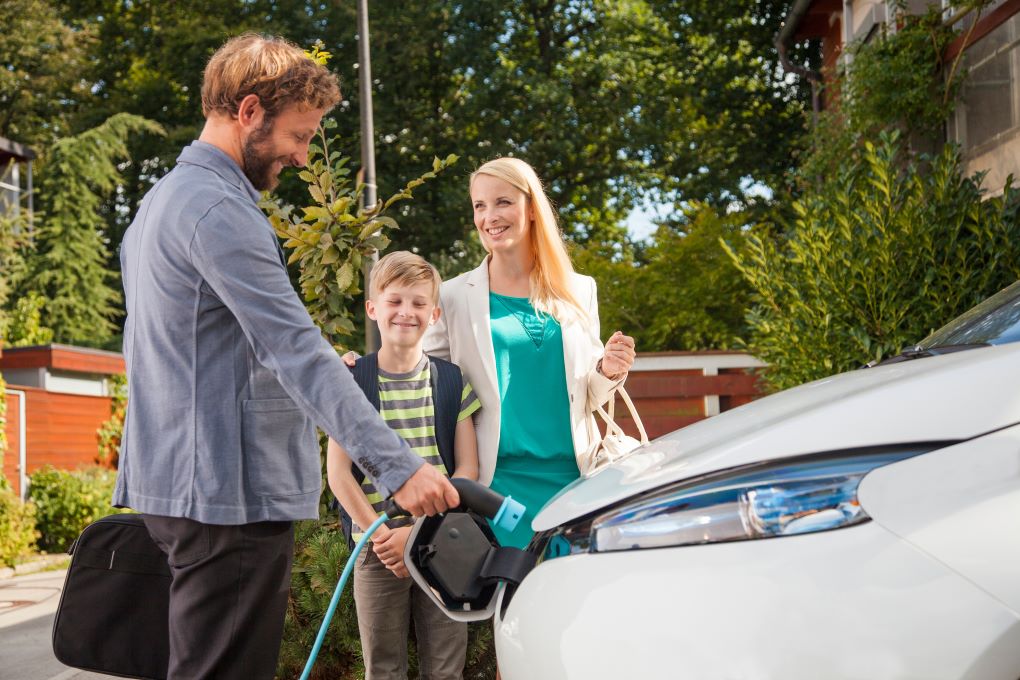 We’re seeing more and more electric vehicles on the road, and they’re becoming increasingly popular. Maybe you’ve thought about getting one too? But have you asked yourself whether it’s good for your portfolio? Here are the benefits of an electric car and things to consider before getting an all-electric or plug-in hybrid vehicle.

What are the benefits of getting an electric vehicle?

Savings on the cost of charging an electric vehicle

One of the great things about an electric vehicle is that it saves you money. That’s because electricity is usually less expensive than gasoline. According to Natural Resources Canada estimates, it could even be 4 times cheaper per kilometre driven.

What are your potential savings per year? Driving 20,000 km in a compact all-electric car could save you between $1,500 and $1,700, according to BC Hydro and Hydro-Québec.

The amount saved depends on a number of factors, such as the price of gas and electricity, the number of kilometres driven, the car model and the technology used. A plug-in hybrid electric vehicle (PHEV), for example, has two engines and consumes electricity for a portion of the distance travelled and gasoline thereafter. An all-electric vehicle (AEV) consumes only electricity.

To get an idea of the cost per kilometre of different makes and models of cars, Natural Resources Canada offers a fuel consumption ratings search tool.

Savings on the cost of electric vehicle maintenance

Electric vehicles also cost less to maintain than gasoline-powered vehicles. Depending on the type of vehicle (all-electric or plug-in hybrid), there are benefits such as:

Government incentives to purchase or lease an electric vehicle

Even though electric vehicles cost less in terms of energy and maintenance, their sale and lease prices are often higher than for gasoline-powered vehicles. The good news is that the federal government offers incentives to individuals and businesses to encourage the switch to electric vehicles.

There are also several provinces that offer their own incentives. They apply to the purchase or lease of eligible vehicles, the replacement of an old vehicle, or even the purchase and installation of a charging station. Since the amounts, programs and eligible vehicles can vary depending on the location and from year to year, it’s worth finding out about them before buying or leasing.

Good to know: The federal government is also offering deductions to businesses that want to switch to electric vehicles.

Several companies also offer incentives to switch to electric vehicles. Some insurers offer discounts on auto insurance for some models. Financial institutions have also introduced attractive loans for the purchase of electric and hybrid vehicles. It’s worth taking a look at them when you assess your car financing options.

Some provinces, such as Quebec and Ontario, offer green licence plates to eligible drivers of electric or plug-in hybrid vehicles. Depending on the location, they provide access to certain benefits, such as:

Benefits of electric cars for the environment

It also depends on how electricity is produced in your province or territory. Electricity generated by a nuclear or hydroelectric power plant does not have the same environmental effects as a coal-fired power plant.

Another benefit of electricity is that it reduces noise pollution caused by combustion engines.

What else should I consider before purchasing an electric vehicle?

Because electric vehicles are not yet the norm, there are things that are not well-known about them and questions that we’re not used to asking ourselves. Before purchasing this type of car, here are some things to consider:

The federal government has an interactive map of vehicle charging stations across the country. As for buying and installing a charging station at home, several provinces have specific grants.

Opting for an electric vehicle can be beneficial for your finances and the environment. It’s also worthwhile to assess your needs and find out what’s involved before taking action. To assess what this means for your budget, feel free to make an appointment with a financial expert. We're here to answer your questions.