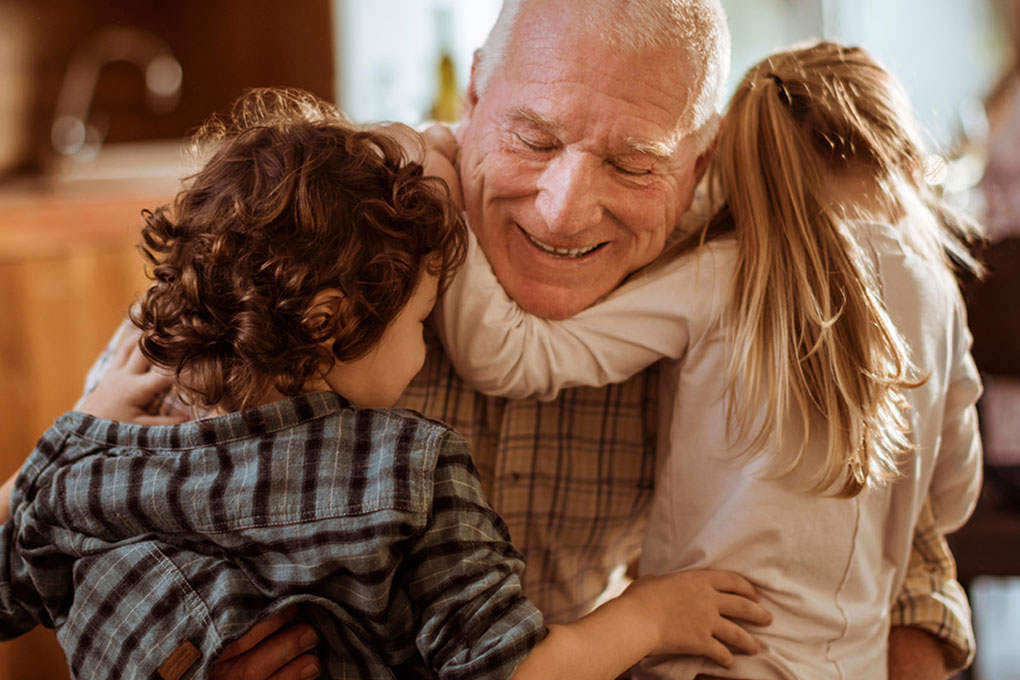 An intergenerational home allows you to reduce certain costs and avoid paying for a retirement home. Learn more about the taxation laws and financial aid available for the purchase or construction of such a home.

What is an intergenerational home?

According to Revenu Québec, an intergenerational home, also known as a multigenerational or bigenerational home, is generally considered “a single-family home in which an independent dwelling has been created, allowing a number of generations of the same family to live together while preserving their privacy.”

Many municipalities and some provincial programs financially support projects converting a residence into an intergenerational home. That being said, besides financial and social concerns, there are more complex tax issues that must be taken into account.

Since 1998, municipalities in Quebec have been responsible for issuing permits for the conversion into, or the construction of an intergenerational home. Yet the specific characteristics for a home to qualify often vary from one city to another.

Before starting a project to convert a house into an intergenerational home, you should contact a specialist to learn about the applicable regulations in your municipality. For example, certain cities limit the surface area of the second living space to a percentage of the primary or total living space. Others require that the secondary apartment be an annex at the same level, or even have its own address. The dwellings might also be required to be separated by a firestop, have the same exterior siding, have a common heating system or share certain rooms.

Depending on the home’s general layout, a home that you wish to convert into an intergenerational home may disqualify itself, and its occupants could miss out on many tax advantages, because of the municipality’s criteria. Since each case is unique, the right to certain credits and exemptions for those living in an intergenerational home is, above all, a question of fact.

To be able to reclaim a tax credit, the Taxation Act requires that the parent lives with the individual in a lodging that constitutes “a self-contained domestic establishment.” Generally, this term refers to a place where someone eats and sleeps. Municipal qualifications determine if the parents’ living space constitutes a distinct self-contained domestic establishment, or if it is an integrated part of the existing home.

The gain from the sale of an asset is taxable. In the case of the sale of a principal residence in Canada, sellers usually benefit from a capital gain tax exemption. The situation may be more complex when it comes to an intergenerational home, however, as it doesn’t automatically qualify for an exemption. Tax authorities will determine if it qualifies by examining the financial link between parents and children.

For example, if it appears that the house consists of two distinct housing units, one owner cannot benefit from an exemption for the entire residence. In a case where the parents pay rent and live in an area entirely independent from their children, who are the owners, the living space occupied by the parents could qualify as “revenue property” and would not benefit from the capital gain exemption once the entire house is sold.

Conversely, if parents and children are joint owners, this removes any ambiguity, since both generations live in the same residence that belongs to them. In a case where the residence purchased together has two separate addresses, each can claim an exemption for the space they occupy in the house.

Amount for a person living alone

Eligibility for this amount depends on the structure of the intergenerational home and its interpretation by tax authorities. Can the living space occupied by one person be considered separate and autonomous? Here, the existence of a kitchen and an entrance specifically for the living space would be considered criteria for determining eligibility.

Tax credits for housing a parent or as a caregiver

The government of Quebec offers two credits: the first is a basic, universal amount of $647 for those who house a relative over the age of 70 (age 60 if the person is disabled). The relative can be a parent, grandparent, aunt, uncle, great-aunt or uncle, or the person’s spouse. The second credit is a supplementary $529 if the person being cared for has an annual income of $23,505 or less. This amount is reduced as their income increases and is rendered nil once it reaches $26,811. The provincial tax credit for caregivers does not automatically apply in the context of an intergenerational home, characterized by two independent living spaces.

As of 2017, the government of Ontario offers a new Ontario Caregiver Tax Credit (OCTC), at a rate of 5.05 percent, replacing the previous credit for dependents and caregiver credit. Those who house an eligible relative who is dependent on them because of a mental or physical disability may claim this non-refundable credit, which is calculated using two amounts: a higher amount of $4,794 (for each disabled dependant) and a lower amount of $2,150 (previously the caregiver credit). The OCTC is reduced if the dependant’s net income goes above $16,401 and is rendered nil if it reaches $21,195. Furthermore, the OCTC is not available in respect of non-infirm senior parents or grandparents who reside with their adult children or grandchildren.

At the federal level, a maximum non-refundable tax credit of $6,883 is granted to a taxpayer looking after an eligible relative with an income of less than $23,046.

Under certain conditions, with the purchase or construction of an intergenerational home in Quebec, you could be eligible for a partial GST or QST refund. If the purchase price or market value of the home exceeds $225,000, the QST refund is void. To get a GST refund, the maximum eligible value is $450,000.

There are no subsidies specifically for intergenerational homes, but there are some that exist for renovation projects, such as energy-efficient improvements. A family can, however, benefit from housing and parental assistance, including tax credits and programs that help with reorganizing spaces.

Since 2009, governments in Canada and Quebec offer a tax credit to single-family homeowners doing renovations. For work surpassing $20,000, the maximum provincial credit is $2,500 and the federal credit is $1,350.

Quebec residents that live in a municipality that participates in Rénovation Québec (a provincial government framework program) can get support when adding housing to their property. In Montreal, for example, there are programs like Major Residential Renovation and Renovation à la carte.

The Société d’habitation du Québec entrusts municipalities and RCMs with the managing of the Programme d’adaptation de domicile. This program helps homeowners who want to make changes to their home to meet the needs of seniors who are losing their independence.

Finally, some municipalities offer tax credits on water or trash collection services, or a multi-year property tax credit to homeowners who turn their home into an intergenerational home.

In Ontario, seniors 65 years or older can qualify for the Healthy Homes Renovation Tax Credit to help make their home safer and more accessible for themselves and the family members who live with them. Those who qualify can claim up to $10,000 of eligible home improvements on their tax return and recoup 15 percent of the amount. In addition, low-to-moderate income seniors may be eligible to claim back $500 of their property taxes with the Senior Homeowner’s Property Tax Grant.

The cost and financing of the residence

Purchasing an intergenerational home has no impact on interest rates or the criteria for obtaining a mortgage loan, whether you buy it alone or with others. The loan will be granted based on your credit report, your ability to repay the loan and the value of the home. There are no legal differences either, unless parents or children become co-owners. In this case, a notary’s assistance is required to draw up a contract of undivided co-ownership. This document outlines the co-owner’s rights and obligations.

Getting public financial support or receiving a tax benefit for an intergenerational home is complex. It’s worth consulting with your financial advisor before getting started. You will then be able to assess the real financial impact of such a project.